THE Royal Family are preparing to return to their home planet near Sirius, according to the Queen's astronomer.

Lord Rees has revealed the Windsors are a family of shape-shifting centipede-like aliens that crash-landed on Earth 8000 years ago and not German, as previously believed.

The creatures used their innate cunning to drain England's resources until they had sufficient funds to repair the crystal drives of their mothership, which is currently disguised as Sandringham.

Lord Rees said: "After years of being asked why the Queen needs an astronomer, I can now reveal the true nature of my work has been to help navigate a hassle-free journey back to her home planet.

"Her majesty, or to use her real name 'Ganorg Cepicus 4', has told me the mothership is ready. They will be taking with them various mementoes including the complete works of Dick Francis, a big box of that really nice Duchy Originals shortbread, and Billy Connolly.

"They are all very much looking forward to getting home and dining on their favourite food – a kind of eel that lives in lava-filled craters – as well as breathing the suphur-rich atmosphere, which they process through their nine lungs."

Rumours of the Windsors' extraterrestrial origin have circulated in elite social circles since the Queen Mother's death, when a large heap of dead corgis was found in her chambers. It is claimed the dogs were in perfect physical condition apart from a small puncture wound through which they had been sucked dry of all nutrients.

Eleanor Shaw, editor of Royal magazine, stressed Kate Middleton will now face a difficult choice, adding: "The discovery of William's true form as a huge armour-plated invertebrate will inevitably have come as something of a shock.

"But I supect that, like every little girl, she will want to become a space princess, even if her husband does have a scaly carapace and reproduces by attaching a translucent tenctacle covered in radioactive spines to her genitals." 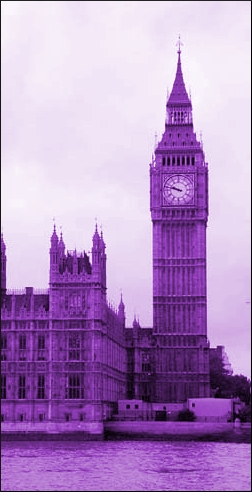 MEMBERS of Parliament who criticised homeopathy have badly knotted chakras and are emitting an unhealthy purple aura, it was claimed last night.

As a committee of MPs said the not-medicine was 14 times less efficient than writing a letter to Jesus, homeopaths claimed the report had no credibility because it had not been buried for two weeks in a cocoon of damp horse chestnut leaves, directly over the right kind of ley line.

Not-Dr Julian Cook said: "The House of Commons is giving off the same aggressive, dark purple aura that you get from a GP's prescription or a box of paracetamol.

"These MPs have obviously neglected to re-mineralise their chakras but I can fix that with a simple course of quartz therapy and a tincture of henbane rubbed into their belly buttons. In exchange for some money."

The report could see government funding into the not-treatment being stripped back to £1 as according to homeopathic theory it will have the same effect as giving them £100 million.

Practitioners will apply for one penny of the new budget and then be advised to shake it vigorously in their bank account.

Committee member, Denys Finch-Hatton, said: "Their account will 'remember' the millions we used to give them and they can then try to buy new clinics by telling the builders about all the money that used to be there."

But Wayne Hayes, a registered Chi masseur from Carlise, said: "If these MPs are so clever then how come homeopathy is endorsed not just by people who watch Most Haunted but by a wide range of actresses, pre-menopausal television presenters and the Prince of Wales?