THE vanguard of Russell Brand’s revolution will be people who are out of their minds, it has been confirmed.

The entertainer has struggled to attract followers, but his suggestion of a US-led conspiracy behind 9/11 has led to thousands of nutters volunteering to overthrow the Bilderberg Group.

Julian Cook, a raving lunatic from Stevenage, said: “Finally I have a leader worthy of replacing the magic banjo that’s been telling me what to do since 1987.

“Now let’s talk about what’s happening on the moon.”

Jane Thompson, a fruitloop from Doncaster, added: “I just hope Russell Brand is not part of a US-led conspiracy to discredit the very idea of a revolution that would destroy capitalism and our stinking, fetid, so-called ‘democracy’.

“Or am I just a fictional character in a spoof news story that’s designed to discredit Russell Brand and is published on some glib fucking website that’s secretly owned by Dick Cheney? 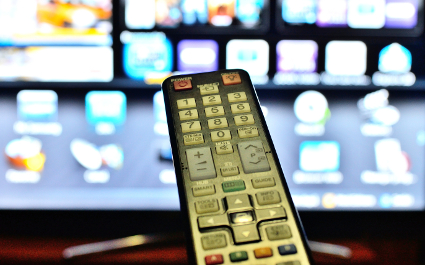 A NEW TV remote has no buttons that completely fuck up the television.

The remote is just one-third the size of standard controls because all the buttons that make the screen go blue have been removed.

Inventor Roy Hobbs said: “Is there a market for remote controls which will not cast people into an infinite limbo of static? We’ll see.”

He added: “You can accidentally lean on it without having to work out what it means by ‘input’. And never again will you be trapped in ‘Channel HSN+1’. I’ve yet to meet someone who knows what that is.”

Viewer Tom Logan said: “My TV has been in Superzoom mode since 2009. Eventually I got used to the gigantic faces, but for the first four and a half years it was terrifying.

“Luckily the faces are sometimes hidden behind the ‘Audio Description’ and the sleep timer.”