THE winner of this year’s Apprentice will fill in Lord Sugar’s job applications while he watches daytime TV, the BBC has admitted.

The Amstrad tycoon lost his last job more than a year ago and will employ the victor to trawl job sites, work on his interview skills and just generally for company.

The Apprentice producer Emma Bradford said: “The winner will get one-on-one time with a business leader while he shouts at The Wright Stuff while wearing monogrammed silk pyjamas and tapping cigar ash into his Cheerios.

“We’re looking for a bright, creative mind who can make the Amstrad [email protected] look good on a CV and instantly identify which guests have been on Jeremy Kyle before.”

The new series’ tasks have been changed to match Lord Sugar’s situation, with contestants challenged to create a successful national radio and TV campaign to persuade Nick Hewer to lend them twenty quid. 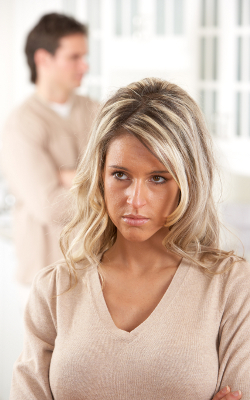 DIVORCE lawyers are offering big money payouts for anyone trapped in a painful marriage that was not their fault.

The organisations are using cold calls, texts and attractive people wearing bibs in the high street to persuade the public to cash in on foundering relationships.

Susan Traherne of Stafford said: Id always thought my marriage was going quite well, but the National Divorce Helpline pointed out it was the direct cause of two painful hospital stays which left me suffering children.

Operating on a no win-no fee basis they got me compensation for the damage that it had done to my body and career, and helped me begin a new, happier life.

The NDHs Joseph Turner said: Are you suffering from occasional heartache, wandering eyes, a constant nagging sensation in your ears or erectile dysfunction?

All of these are symptoms of a bad marriage caused by a reckless third party. But its not too late for you to claim the money youre owed.

Turner also runs SafeSpouse, which offers insurance against your marriage being written off, and places salesmen outside churches pressure-selling to anyone about to walk down the aisle.