This Ibis in Valencia might have stuff worth nicking

The prime minister said many hotels now have very good televisions in the rooms that are probably worth at least £250.

You could even take apart the air conditioning unit so it fits in your suitcase.

I was in a hotel in Germany recently that had an Apple Mac in the room, so I stole it and flogged it to one of my wifes friends.

Under the plan every Briton travelling abroad would have official diplomatic status, granting them immunity from prosecution.

Martin Bishop, from Peterborough, said: Sounds good. Will I be allowed to steal cleaners, bellboys, waiters, that sort of thing?

Mr Cameron said that if the money was not recouped after two years of hotel theft, Britons would shoplift in EU countries and mug elderly Europeans at cash machines. 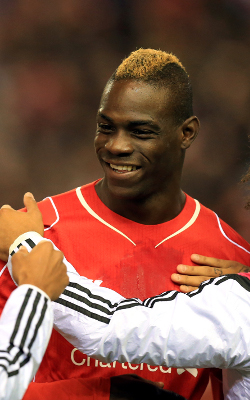 MARIO Balotelli has explained he swapped shirts with Real Madrid at half-time to go undercover and win the game for Liverpool.

“This is the last thing they will ever expect”

The player planned to take the field for Madrid in the second half and turn the match around with a series of spectacular own goals.

Balotelli said: Mario Balotelli is about thinking outside the box.

I assessed my play in the first half and understood I was not an asset to Liverpool, but a liability who was losing them the match.

But what, I reasoned, if I was playing for the other team?

I swapped shirts with Pepe, counting on the fact that nobody would mention my changed appearance because it would be racist.

I recognised the risk of my plan. What if by instinct I scored a hat-trick for Real Madrid and was offered a contract dwarfing that of Ronaldo?

But it was a risk I was willing to take.

Undeterred by the failure of his scheme, Balotelli is forging ahead with a new plan to double the top speed of his Ferrari F12 by packing the boot with explosives.