YES, it’s the most ersatz celebration of the year as non-Irish people honour St Patrick by puking in the street. Here’s how to make it actually quite offensive.

Not Gaelic, but supposedly typical Irish phrases in a baffling accent. Try: ‘Top o’ da mornin’ to ya, sor’, or ‘Begorrah, oi fancy some of da craic’. If an actual Irish person looks both horribly embarrassed and as if they want to punch you, you’re hitting the right note.

Know f**k all about Ireland

Always refer to the Republic of Ireland by the outdated name Eire. Assume it’s part of the UK and the capital is Belfast. Definitely know nothing about St Patrick, although all he really did was bully some snakes. The full extent of your knowledge should be that Krystals, your tacky local nightclub in Croydon, has a St Patrick’s night where Guinness is £1.50.

Pick the most obvious films so Ireland is reduced to war and terrorism (Michael Collins, In the Name of the Father) or a twee cliche-fest, eg. Darby O’Gill and the Little People, where Sean Connery befriends a leprechaun. It would be four long years before Dr No.

Dredge up every tired stereotype

If you’re dressed as a leprechaun wearing an oversized green hat, a green suit with a four-leaf clover pattern, green shades and a red nylon beard, you look authentically Irish. Get horribly pissed on too much booze containing green food dye, and randomly sing ‘Danny Boy’. Or rather the only two words you know, ‘Danny’ and ‘boy’. The Irish embassy will practically be handing you a passport there and then.

More of an American thing, but drink a toast to ‘the boys’, forgetting they waged a brutal terror campaign and imagining them to be loveable underdog outlaws, sort of the Magnificent Seven but with car bombs.

Have a party that gets everything horribly wrong

Having a St Patrick’s Day party? For nibbles you’ll definitely want to serve some potatoes, because the Irish love potatoes, or something. There should be dancing, but only the Riverdance. Any Irish guest will feel as if they never left their horse-drawn caravan in ‘da Emerald Isle’.

Five degrees that will get you f**king nowhere 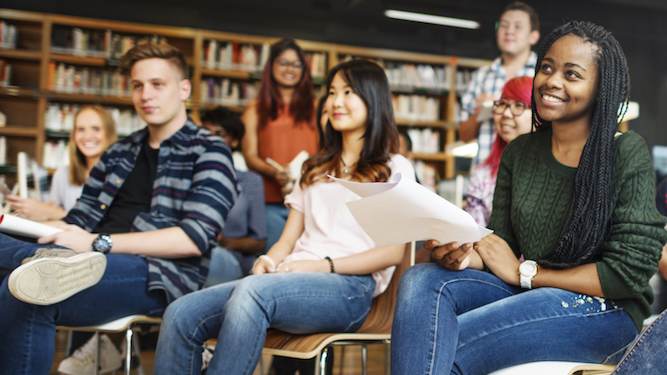 THOUGHT higher education would improve your life? Nope. Here are the subjects that will make zero difference to your career prospects.

Learning how to draw and paint would have been useful. Learning how other people drew and painted in the past is a waste of time. That’s unless you want to teach other directionless, privately educated teenagers art history. Even then you probably just need to read some art books, not get yourself in £45k of debt.

Creative writing is a noble pursuit which teaches you how to communicate the human condition. It’s just a shame that you live in a society which values perceptive, crafted prose less than unboxing videos on YouTube. Although if you want family members to ask when you’re writing the next Harry Potter, this is the degree for you.

Unfairly believed by morons to be just ‘thinking about stuff’, these days even Plato and Socrates wouldn’t recommend pissing away three years of your life studying philosophy when you could be learning how to code. You might become prime minister if you study it alongside politics and economics, but you also need to be rich and well-connected. Which you’re not.

Ballet is the only form of dance with a real career path. As regards the rest of dance, not a single business needs people who can prance around like Kate Bush in 1980, so study something more useful like mime or Klingon. A top street mime artist can easily earn the price of a sandwich in a morning.

Anything not related to STEM

Any degree which does not teach you to work for a pharmaceutical giant or design an Amazon warehouse is useless in modern Britain. And by 2025 all forms of art will have been eradicated by Nadine Dorries, meaning even trendy graphic designer types will be out on their arse. Become a plumber instead, they’re always loaded.