MOST Britons believe in stupid contradictory bullshit that is impossible to analyse, a survey has found.

The British Social Attitudes Survey asked people their views on issues such as tax and gay marriage before very much wishing it had not.

Statistician Julian Cook said: “People wanted good public services, but also thought anyone who works in the public sector is a lazy shit who should get a job in the private sector.

“95 per cent believed in a more caring society, yet a quarter of those said we should scrap all benefits immediately. What sort of honking bellend can’t see a contradiction there?

“One woman said we should fund the NHS by confiscating doctors’ salaries because ‘they’re all just posh bastards who like looking at tits’. I’m not sure we’d get doctors on board with that.

“I was briefly heartened when 85 per cent supported gay marriage, but it turned out it was only for ‘good gays’ like Clare Balding and not ‘pervert gays’ like Frankie Goes to Hollywood.

“After studying the data for several weeks I’ve come to one irrefutable conclusion, which is that these twats – meaning everybody – should never be asked their opinion on anything, ever again.” 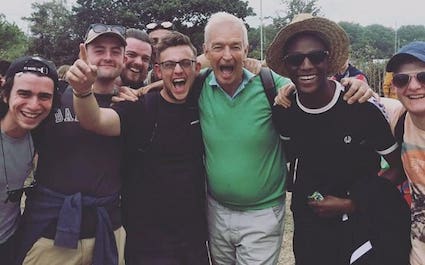 EXPERTS have agreed that Channel 4 news presenter Jon Snow shouting ‘Fuck the Tories’ at Glastonbury counts as an impartial, middle-ground statement these days.

The presenter, who has admitted having no idea whether he made the remark or not, has faced accusations of bias from the right.

But political scientist Dr Mary Fisher said: “If anything he’s trying too hard to be neutral.

“From the hardline right to the anarchist left, ‘Fuck the Tories’ is actually the one sentiment we can all agree with, anodyne though it is.

“It’s one of those things like ‘why can’t we all be nicer to each other?’ in that it’s so wishy-washy that you can’t imagine it offending anybody unless they really try.

“I know that most Tory MPs have adopted it as their go-to phrase for when they’re at work. Especially if they’re in the cabinet.”

Snow said: “It’s actually just the opening line of a whole ‘Fuck the Tories’ rap myself and Cathy Newman wrote to the tune of NWA’s Fuck tha Police.

“We’ll be performing it at this year’s Children in Need.”