Somebody sells a house

THE British economy turned a corner last night after somebody sold a house.

The prime minister said it marked the ‘beginning of the end of the beginning’ as the FTSE 100 climbed by 12 points and then stayed there for 20 minutes.

The sale was completed shortly after midday, but was kept under wraps until Downing Street had been informed.

It was finally confirmed in a newsflash from the Press Association at 1.26pm.

The soon-to-be-former owner Tom Logan said: “We had given up hope, what with the banks being shits and everything.

“But then this couple turned up, had a poke around in the kitchen, fiddled with the central heating, flushed the toilet and then suddenly said, ‘we’d like to buy it.’

“My wife collapsed, I got a nose bleed and the dog started howling like a coyote.”

By late afternoon a large and boisterous crowd had gathered outside the detached cottage in the Home Counties village of Minchinhamptonsteadbury as Mr and Mrs Logan gave interviews to Le Monde, CNN and Japan’s TV-Osaka.

Burger vans and buskers cashed-in on the celebration while quick-witted entrepreneurs sold mugs, baseball hats and souvenir flags immortalising ‘The House That Someone Bought’.

Mr Logan added: “I’ve no idea where they got the money from. Maybe they’re drug dealers. Good luck to them.” 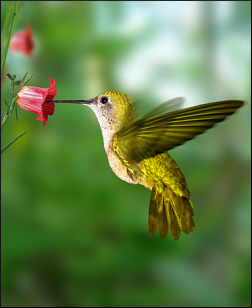 The veteran documentary maker slumped in his chair with his head in his hands, sobbing quietly before walking to the lavatory and throwing up for half an hour.

Sir David added: "We spent four years developing a camera we could put inside a hummingbird's egg so you could actually witness the development of those amazing wings.

"We then waited for the bird to hatch and grow and then filmed it at such close range you could see the expression on its face.

"But no, you're right. How tedious. If only we'd trained the little fucker to dance."

The BBC has now sold the 'Strictly' format to 34 countries, occasionally throwing-in a free VHS video of Life on Earth.

A spokesman said: "The groundbreaking thing about Strictly Come Dancing is that we take people you would not normally associate with dancing and then we film them dancing.

"Often we do have to remind the viewer who the celebrity is so they realise the celebrity would not normally be dancing. But then we can say 'wow, look at that bloke off the news – he's dancing!'"