22% Who Trust Politicians To Be Deported

THE 22% of Britons who trust politicians should be deported, it was claimed last night.

According to a recent survey more than a fifth of the adult population not only trust our political leaders but believe they are about to earn a multi-million pound commission after helping a Nigerian doctor transfer money from Andorra.

Now a panel of leading academics has called for all eight million of them to be herded onto boats and shoved into the Atlantic.

Professor Henry Brubaker, director of the Institute for Studies, said: "We will have to commandeer car ferries and mobilise the entire merchant fleet.

"We may even need people to volunteer their own pleasure craft, a bit like the Dunkirk evacuation, but in reverse.

"Of course the deportees will have to pilot and navigate the vessels themselves which will lead inevitably to some very heavy losses. How terribly sad.

"I imagine the remaining ships will be rejected at every port and left to wander the high seas like some Voyage of the Idiot Damned."

Meanwhile the panel has also demanded a special camp for all those who have signed the 'X-Factor: Bring Back Laura White' petition. 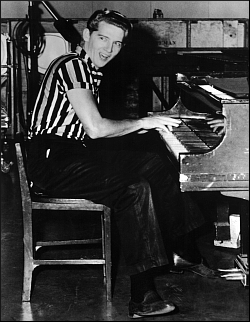 ALL Gary Glitter songs are to be electronically tagged and made to sign the sex offenders' register.

The glam rock pervert's number one hits I'm the Leader of the Gang and I love You Love Me Love will be subject to monitoring and prevented from working with anyone under 16.

As part of a wide-ranging crackdown on suspicious music the 1973 classic Do You Wanna Touch Me? (Yeah) will have to report to its local police station once a week and is banned from travelling to Thailand, Vietnam and Sri Lanka.

The Home Office has also issued guidelines on the use of Aled Jones's Walking in the Air for its portrayal of a pervert snowman who kidnaps a small boy from his bed in his pyjamas.

Meanwhile, from next April, airline cabin crew will be able to taser anyone who sings Jonathan King's Una Paloma Blanca en route to Alicante.

But ministers have signalled a possible exemption for Jerry Lee Lewis if the singer's most famous hit is renamed Great Statutory Rape Balls of Fire.

Other songs currently being examined by Home Office specialists include Don't Stand So Close to Me by the Police, Young Girl by Gary Puckett and Grandad by Clive Dunn.