Alcohol To Be Restricted To Nice People With Degrees

ALCOHOL should only be available to nice people who know which wine goes best with fish, according to MPs.

The influential Home Affairs Select Committee said police resources were being stretched because too many awful people are buying cheap wine from supermarkets and then drinking it really quickly without fully appreciating its delicate potpourri of flavours.

Chairman Keith Vaz said: "Let's take this charmingly presumptious Echo Falls White Zinfandel, just £3.98 from Tesco, or £2.50 if you're lucky enough to be able to buy it from the members' bar in the House of Commons.

"As a decent person I would enjoy this as an aperitif before a dinner party, or perhaps serve it with some lightly poached seabass or a pan-roasted poussin with parsnip and chorizo.

"I certainly wouldn't use it to wash down 20 Marlboro Lights and then have a piss up against the front door of Greggs.

"But that's because I went to Cambridge and have a well-thumbed copy of Floyd on France."

Tom Logan, a trainee accountant from Peterborough, said: "So what you're saying is, they've fucked up the economy, forced the country to the point of bankruptcy and put my job and my home in jeopardy while at the same time paying themselves a hundred grand a year in expenses and are now telling me I shouldn't be allowed to buy a couple of cheap bottles of wine on a Friday night so I can forget my troubles for a few hours instead of hunting them down and roasting them on a spit like the shit-caked, trough-guzzling pigs that they are?

Peaches Geldof To Get Playground Divorce 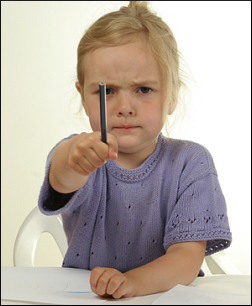 THE playground marriage of Peaches Geldof is over after just two and a half hours.

Friends say the five year-old has told her six year-old husband Max Drummey that she has gone off him, possibly because he smells.

Both sides have instructed their seven year-old lawyers to draw up pretend divorce papers that will be exchanged at home time.

Geldof, who divides her schedule between pretending to be a television presenter and pretending to be an air hostess, said she would like to be friends with Max but unfortunately he is made entirely of bogies.

The couple met during the morning break and following a whirlwind romance were married in a quiet corner of the playground.

Their honeymoon was spent sitting next to each other for an hour making a picture of a kangaroo using bits of macaroni and glitter.

But by half past two, friends said the couple were having bitter arguments about whether or not kangaroos were the same as dogs.

One source close to the couple said: "Are kangaroos not the same as dogs? Or are they same as sheep? I need to do a wee."