Someone always has to be difficult, confirm scientists

NEW research has found that in any situation involving multiple humans one of them will be deliberately uncooperative.

The Institute for Studies examined groups of people in every conceivable context, from a family dinner to a simulated nuclear disaster.

Professor Henry Brubaker said: “In each scenario there was one person who wanted everything their way, which was the precise opposite of what everyone else wanted.

“For example in the simulated nuclear disaster aftermath, after considerable difficulty the group snared a rabbit which was their first meal for a week.

“However one fucker refused to eat the resulting meal because ‘rabbit is technically a red meat and I only really eat chicken’, necessitating the preparation of some nettle soup specially for them.”

Martin Bishop, who took part in the study said: “Pissing everyone off is better than getting no attention at all, in my mind at least.”

Difficult behaviour dates back to prehistory, with cave paintings depicting one member of a group being awkward about crossing a river and the others accommodating him but then getting eaten by wild animals as a result. 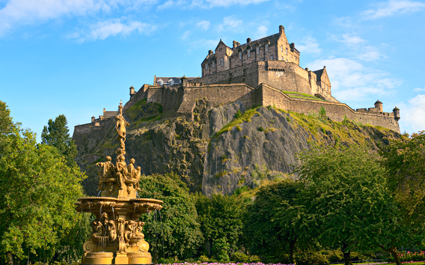 SCOTLAND is capitalising on being the site of the first act of copulation with a new slogan and flag.

Fossil evidence has shown a fish called Microbrachius dicki, whose name is still used as an insult in Glasgow, invented intercourse more than 385 million years ago in a Scottish loch.

Scotland Secretary Alistair Carmichael said: “Scotland has always been one of the world’s sexiest countries, and now we know why.

“The rebranding will replace the cross on the Saltire with a stylised representation of those two fish boning each other Devonian-style, over the Latin ‘Patriam stupri’.

“Anyone who isn’t satisfied by all that can then wander around in the sexually charged rain while sucking on some butter tablet, the world’s most sensual snack.”