Spammer’s heart just not in it anymore

AN idealistic young spammer has become increasingly disillusioned with his profession.

25-year-old Tom Logan feels that bombarding random strangers with instantly ignored emails about dubious goods and services no longer gives him the job satisfaction it used to.

Logan said: “I used to get a real buzz from knowing I’d helped some insecure guy order a penis enlarger, or given a hard-up single mum the chance to win a genuine De’Longhi coffee machine.

“But recently I’ve started to get the feeling people don’t want to receive spam, even when I hack their email accounts to help them share the good news with all their friends.

“Spamming used to be exciting. Would anyone hand over actual money on the basis of a badly spelt email? Is anyone really arsed about test-driving the new Jeep Cherokee? How can you be owed compensation when you haven’t had an accident?

“But nowadays advanced spam filters just bin it in a microsecond. All that spam, lost in time, like tears in the rain.”

Logan said his disillusionment had increased after he revealed his career at a recent dinner party, causing fellow guests to attempt to stab him.

He added: “I’ll probably chuck it in and do something more worthwhile, like selling solar panels using an autodialler.” 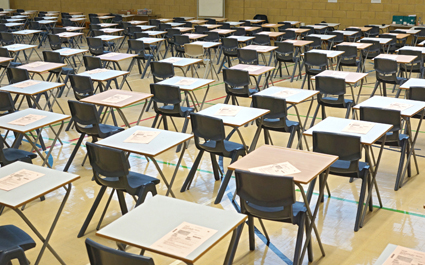 GOING to school is largely a waste of time, according to experts.

Experts at the Institute for Studies found that league tables were irrelevant and that pupils attending any school emerged precisely as stupid or intelligent as when they entered.

Professor Henry Brubaker said: “School has two main purposes – to stop children making their parents’ lives a misery and to confirm their social status as either ‘posh’ or ‘dispensable’.

“There is nothing really you learn at school that you could not get from reading every Sherlock Holmes story and then spending a few hours looking at an atlas.”

Father-of-two Stephen Malley said: “I don’t really remember anything from school except one lunchtime when I drank so much milk that I puked.

“Oh, and one time someone brought a kestrel in.”