Steampunk baffled by friends' waning enthusiasm for dressing like that

A 45-YEAR-OLD ‘steampunk’ cannot understand why his friends no longer seem as committed to Victorian-themed sci-fi roleplay.

Systems analyst Roy Hobbs is finding it increasingly difficult to get middle-aged acquaintances to dress up as cyborg zeppelin captains and lady explorers in corsets with laser duelling pistols.

Hobbs said: “When I asked Pete if I should ready my atomic airship HMS Skystrider for a fantastical voyage to the Tamworth Steampunk Festival he was strangely lukewarm about it.

“He said he was busy with work, but I got a distinct feeling he didn’t want to dress up in his Victorian frock coat and brass robot arm and wander around showing people his proton blunderbuss.

“I’ve noticed it with other friends too. For some reason Clare was really annoyed when I told her workmates about her steampunk persona Lady Octavia DeVille, adventuress extraordinaire and arch nemesis of the evil Baron Von Reichenbach.

“I hope my friends haven’t totally lost interest because I don’t want to spend hours pretending I live in an interplanetary Victorian alternate reality on my own. That would just be sad.”

Hipster seems to have confused Mugabe with Mandela 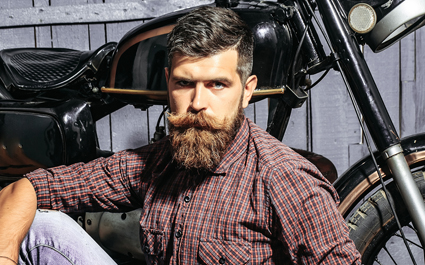 A HIPSTER is sad about the resignation of Robert Mugabe, who he thinks is Nelson Mandela.

Tom Logan, a ‘short film director’ who also sells rare trainers on the internet, took to social media to hail Mugabe’s role in overthrowing apartheid and uniting people of all races.

Logan posted: “Together with his wife Winnie Mandela, Robert Mugabe was an inspirational force for good, overcoming adversity and imprisonment to win the Nobel Peace Prize. If only more of us could be like Robert Mugabe.

“It’s very worrying that he’s been forced out. People need to ‘get woke’ to what’s happening in Mugabe’s South Africa, the people there may look like they’re ecstatic but that’s only because the new evil government, backed by Trump and the Illuminati, has told them to keep dancing or else.”

Logan, who barely knows what year it is, also confirmed plans to make a dubstep track dedicated to Robert Mugabe, using samples of South Africa instruments and featuring himself doing a rap of Mandela’s most inspirational quotes.