Teachers to strike because children are vile

TEACHERS are to strike because children are unbearably horrible.

The National Union of Teachers says that all its members’ problems boil down to children being a massive pain in the arse.

Their demands include having pupils fitted with collars that electrocute them when their voice goes over seven decibels, and an industrial grade hose in every classroom that can be used for discipline and child cleaning.

An NUT spokesman said: “We’ve realised that no sum of money can compensate a person for being locked in a room everyday with a group of psychopathic midgets.

“You try to discipline them, and they either threaten you with Childline or run at you with a compass. The smarter ones have worked out that set squares make fairly effective shuriken stars.”

Secondary PE teacher Denys Finch Hatton said: “I could cope when they were screaming and throwing things, but now they’re all really into narcissism.

“Watching the little shits take pictures of themselves pouting when I’m trying to do the register, it’s more than a person can take.”

Pupil Stephen Malley said: “I’m so proud to be part of the generation that broke them. We didn’t even have to go out of our way to be especially awful. We’re just naturally ‘like that’.” 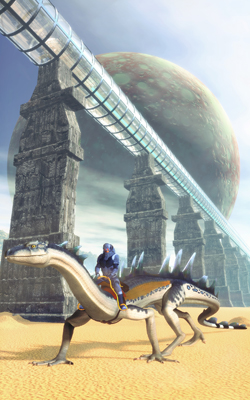 THE new Universal Credit scheme has erroneously paid out millions of pounds to claimants across our galaxy.

Many recipients are not even humanoid.

A single silicon-based entity in orbit around Procyon received more than £6.8 million in payments for thousands of self-replicating dependants.

Work and Pensions Secretary Iain Duncan Smith has blamed civil servants for the error, saying: When I was told that we were throwing millions of pounds in government money into a black hole, I wrongly assumed they were speaking metaphorically.

“They obviously failed to understand the heavy irony I was using when naming the system Universal Credit because the original intention was to deny payments to absolutely everybody.

Rest assured that the layabout Lortonoi, the timewasting Tralfamadorians, and the idle Idirans are going to be cut off immediately.

“What do they even spend the money on? Sky Sports wont reach Proxima for another 17 years.

Tom Logan, a lizard-riding simian in the Andromeda system, said: I was really relying on that money. Now Spacewonga.com are going to repossess my home, which I built myself using the wreckage of crashed spacecraft.

Emma Smith, a hyperintelligent Mycon fungus colony, said: Ian Duncan Smith has acted with a complete lack of emotion and condemned millions of my spore children to hunger and death.

Hes a real chip off the old block. Im proud of my little boy.