The cliched dangers of drugs, by someone who's never touched them

IS YOUR knowledge of recreational drugs based on recycled anecdotes and terrifying cliches? Stephen Malley, who has only experimented with bitter, explains the effects:

The street name for cannabis. One ‘toke’ on a ‘doobie’ will instantly cause a complete lack of motivation, causing you to fail your exams and become a street juggler in Bristol. Two ‘hits’ on the ‘reefer’ will give you lifelong red-eye and mean you can only digest ‘munchies’.

Or ‘Billy Whizz’, as dealers call it. A gram of ‘Billy’ will enable you stay up for a week, handy if you have work admin to catch up on, but the comedown will be a black pit of despair. And, based on the film Quadrophenia, you may become obsessed with mopeds.

You will instantly become ultra-confident and unable to stop talking. There is no chance you will just feel a bit high and nice. You’ll probably steal a high-performance sports car and crash it while snorting ‘white lines’ off a £3,000-a-night escort’s breasts.

Welcome to a one-way trip into insanity. Common effects of a low-dosage tab of LSD include: seeing God, believing you are God, cutting your face off with a broken mirror like in Hannibal, and permanently believing pixies and goblins exist, which was what happened to Led Zeppelin. If you survive expect weekly flashbacks for the next 30 years.

Touch these evil fungi and you can forget about a happy life as the deputy branch manager of NatWest in East Grinstead. Instead you’ll live in a knackered hippy traveller bus with a grubby, dreadlocked girlfriend called Leaf and her six rescue dogs. No thanks.

Not all jolly japes despite what Trainspotting would have you believe. Rather than running around the historical city of Edinburgh and going for lovely swims in toilets, most heroin users are selling sex in multi-story car parks in grimy locations like Mansfield. Yes, even world-famous rock stars.

Six unexpected expenses to f**k up your monthly budget 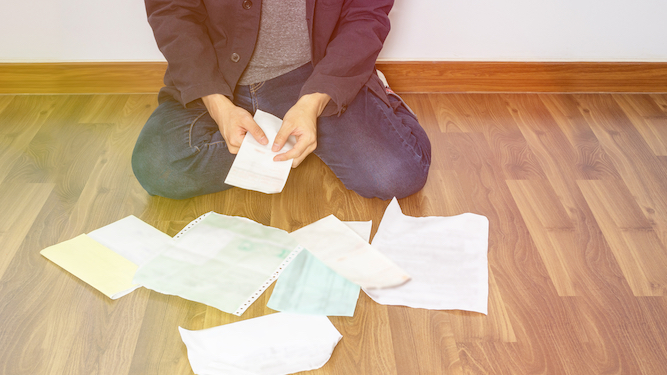 IT’S a week until payday and in a delicate balancing act of restraint and thrift you’ve got cash left. Then this happens:

Why did you make the mistake of being popular and having lots of mates to shell out for?  Not only do you have to buy a present and a card, you also have to dig deep for drinks all evening. Why can’t they be happy with a cheap and cheerful ‘Happy birthday’ typed robotically onto their Facebook profile?

Dating apps are free but dates are anything but. First you have to take your one good shirt to the laundrette, and then you’ve got to cover the cost of a tense meal with a stranger judging your every conversational gambit. Staying alone and unloved forever is financially the smart move.

The fleshy sack of organs you inhabit is always demanding something, whether that’s daily feeding or a terrible haircut. If you could bypass these expenses by selling your body off and living as a brain in a wallet-friendly jar of brine, you’d make huge savings.

It could be a lock, a washing machine or a bed, but yesterday it was working fine and now it’s broken and has to be fixed. So there goes anything between £50 and £500 just to restore your life to the shitty state of last Tuesday.

An occasional fancy coffee or book won’t doom you to bankruptcy, but you’re buying this crap five times a day and winning eBay auctions in the evening, it all started to add up a long time ago, and now your bank is better acquainting you with the words ‘final warning’ in red capitals.

Even the most cautious misers get blindsided by this shit, and the only way to get around them is to live under a bridge and invent cold fusion. You could always move back in with your parents, but you’d be better off under the bridge.