Tories demand to know why Osborne was on a train

CONSERVATIVE party officials have asked George Osborne to explain why he was using public transport.

The Moomin-faced Chancellor caused controversy last week after refusing to pay for an upgrade on his ticket and insisting that his aides should be considered as luggage.

Tory backbencher Denys Finch Hatton said: Whether or not George intended to pay his fare ignores the more fundamental question of what he was doing in a metal tube full of squalid paupers.

One can only assume his helicopter was in for servicing, his chauffeur had died and hed somehow mistaken the ghastly contraption for a public convenience, which is what Im told they predominantly smell of. 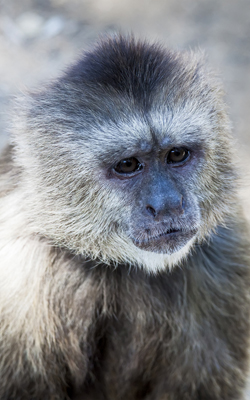 BUSY parents are increasingly relying on primates to provide childcare, it has emerged.

Animal childcare was once the preserve of families whose plane had crashed in a jungle, killing both parents.

But longer working hours and the high cost of human labour have seen millions of middle-class households employing monkey carers.

38-year-old account executive Nikki Hollis leaves her four-year-old with a group of capuchin monkeys while she’s at work.

She said: “The monkeys inhabit a willow tree in the garden. An alpha female arrives at 8.30am every morning to collect Joseph.

“It’s a very structured day, the morning is mostly grooming and I believe they spend the afternoon catching birds and spiders.

“Before the capuchins I tried employing macaques but there was an issue with throwing stones at cars so we sold them to bushmeat vendors.

“One of the main advantages of primate childcare is that unlike our last Swedish au pair my husband does n0t – to the best of my knowledge – try to fuck them.”