THE government has pledged to introduce free lunches for primary school children with traditional, right-wing values.

Ministers believe a nutritious lunch is vital but can only be offered to under 12s who are passionate about small government, privatisation and benefit cuts.

A spokesman said: “We’d love to feed all the children but there isn’t enough money, so left-wing pupils will have to bring a packed lunch, no doubt consisting of an inefficient sandwich and a Marxist banana.”

Kyle Stephenson, a 10 year-old from Hatfield, said: “I hate being told what to do so I’d like my mum to be a lot smaller, ideally under three foot six. I believe strongly in free markets so if I see a child with a nice toy I take it and it becomes mine.

“And I would also bring back hanging, especially for Arsenal fans and Harry Styles. Actually, the guillotine would be better for Styles because then I could stick his head on a spike.”

Cameron gets injections for trip to Scotland 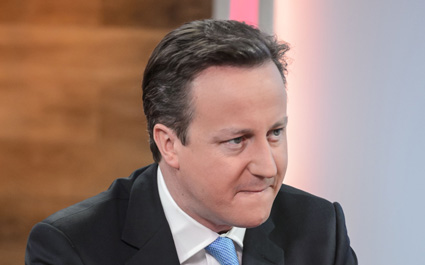 DAVID Cameron has demanded ‘all the jabs going’ ahead of a trip to Scotland.

A source at the prime minister’s doctor’s office said: “He wanted the injections for smallpox, diptheria, scarlet fever and ‘anything you can get from human bites’.

“I had to tell him there wasn’t a jab for alcoholism.”

A Downing Street spokesman said: “It is part of the prime minster’s duties that he visits countries in the developing world.

“Inevitably many of the locals are quite infectious and he cannot take chances with his health, especially in Scotland where the only medicine they have is whisky.”