PFIZER has announced that if its takeover of AstraZeneca goes ahead it will let everyone try the special drugs it normally keeps for itself.

If it is allowed to buy the British company, Pfizer says it will share the drugs it keeps in a bin bag stuffed behind a water tank in the loft of its New York headquarters.

Pfizer spokesman Stephen Malley said: Basically if everyone stops going on about job losses, well give everyone in the UK some of the drugs we keep for our own recreational use.

Id recommend them to anyone whos wondered what its like to be a 1,000-foot space dragon made out of cosmic energy having an 11-hour orgasm after being sucked off by Angelina Jolie who is also God, Buddha and Ra.”

Pfizer employees are known to enjoy ‘drugs Fridays’ where the team celebrates the end of the week by taking free experimental hallucinogens.

Members of the public said they were deeply concerned about British scientists being made redundant, but some drugs would probably take their minds off it.

Office manager Donna Sheridan said: I think Pfizer should make all drugs, not just the legal ones.

“Then I could get my cocaine from Boots knowing it had been delivered in a lorry rather than someones arse. Also Id get a load of points on my loyalty card.

Bank of England doesn’t know how to raise interest rates 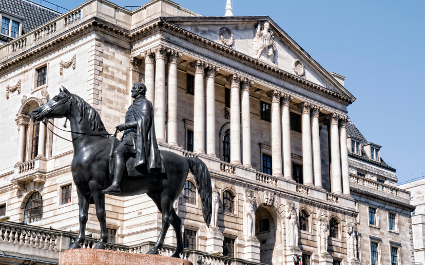 THE governor of the Bank of England has admitted they could not raise interest rates even if they wanted to.

Mark Carney said everyone who knew how the interest rate machine works has been made redundant and they have lost the instructions.

He continued: “There’s this massive old-fashioned brass computer with all kinds of dials and switches, and the last time we tried to get it going Eddie George lost three fingers.

“All we’ve got to go on are some handwritten notes saying stuff like ‘Charge inflation tanks before relaxing fiscal bladder IMPORTANT’ and ‘Ensure full liquidity in bond valves with right-angled dipstick’.”

Technicians actually thought they had got the machine working a few months ago, but it turned out they had merely reactivated the Exchange Rate Mechanism which had been disused since the mid-90s.

Carney said an attempt to build a new electronic interest rate machine was abandoned after the IT contractors, ‘just took the money and fucked off’.