A GOVERNMENT that can barely send an email has unveiled somewhat ambitious plans to rule the web with an iron fist.

Bolstered by successfully bungling an imaginary fuel crisis and impressively failing to deliver a hot snack reference, the coalition feels it is ready to exert total control over an enormously complicated and abstract network of lightning-fast electronic information.

Prime minister David Cameron, who still uses an AOL email account, said: “The internet is just a bunch of computers connected with wire, like a slightly more elaborate version of those baked-bean-can-and-string pretend telephones we used to make as kids.

Home Secretary Theresa May said: “I have a total understanding of the internet. I’ve actually got it on my computer.

“Well, not the actual one in my office, but the shared computer in the meeting room we use to play games at lunchtime.”

May further defended the plans by barking the new government slogan ‘Paedo 9/11′ in response to questions and has commissioned a children’s cartoon where ‘Blinky’ the security eye helps people find lost car keys in a bid to make it less terrifying,

May added: “It’s a well known fact that anybody planning to do something unspeakable, either with a bomb or their own penis, will chat about it at length with lots of other people using their own home computer and phone. 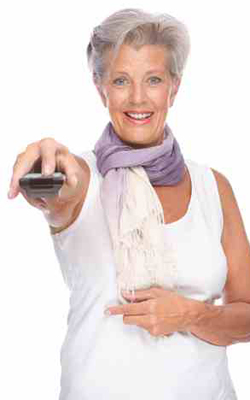 OFFICES are to be revolutionised by a device that detects challenge­-averse working practices including blame culture and failure to think out of the box.

The new handheld machine, developed in the US, bleeps loudly when pointed at non-­proactive employees, departments working in silos or staff who are not alert to potentially cost­-saving synergies.

Brand architect Francesca Johnson said: “Us managers spend our time incentivising colleagues to identify what good looks like, but can find our vital job tough to establish metrics for, and that means trouble from the bean­ counters.

“This gadget means we can sort the team players from the disengaged and show that our away days and workstream management are mission­-critical.”

Marketing executive Susan Traherne said: “This is a nightmare. Anytime my manager says we need to harmonise going forward I switch off and doodle the bloke from True Blood nude.

“I don’t even know what a key deliverable is, let alone how I can stack them up for quick wins with my stakeholders.

“If that machine gets anywhere near my desk it’s going to scream like a punched toddler.”

Disgruntled employees in the US have claimed that the device bleeps, buzzes and lights up entirely at random, and that managers are making up the results to suit themselves.

A spokesman for the manufacturers replied: “These people are nothing but negative ninjas and mood hoovers who need to learn to bring solutions, not problems, to the table.”