ALL Twitter bios must contain two serious pieces of information followed by a third zany one.

The social media platform set the new rules after complaints that some users were not displaying simultaneously the business-like and playful sides of their personalities.

Tom Logan, ‘father, atheist, eater of Spangles’, said: “Twitter bios should be like the news – the important stuff goes up front and then you end with something light-hearted and kind of pathetic.”

Fellow micro-blogger Donna Sheridan – whose bio states, ‘Journo, Vegan, Simon Pegg once said he liked my shoes’ – agreed: “You need to make it clear that you’re a serious and successful human being with strong beliefs and/or family values.

“But then, just as people are thinking, ‘Oh, they sound a bit dull’ – WHAM! You hit them with a zany, off-the-wall factoid.”

“This morning I changed it to ‘optician, widower, I pushed her off a boat’ and I’ve already gained 300 new followers.” 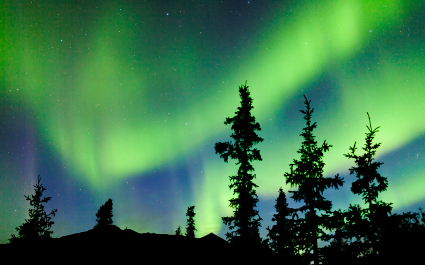 THE Aurora Borealis is the closest the average Daily Mail reader will ever get to a psychedelic experience, they have confirmed.

Across middle England, men in Blue Harbour and women in Per Una have spent the night gazing skyward and mouthing ‘Wow, the colours’ at each other.

Roy Hobbs of Derby said: “The wife and I were out in the garden for ages and I turned to her and said ‘This isn’t working. We’ve been ripped off.’

“But as I said it her face turned an unearthly green, and I looked up to see the sky full of shimmering illumination.

“As I watched it dance around the sky I realised that my day-to-day concerns – the mortgage, the Honda Civic, that teacher at Jonathan’s school with the suspicious beard – were as nothing compared to the majesty of our cosmos.

“Then I saw next door’s cat crapping in our herbaceous border and got the hosepipe out.”