Two Waitrose shoppers trapped in endless ‘no, after you’ loop

TWO shoppers have become trapped in the doorway of their local Waitrose with both insisting the other goes through first.

The ‘no, after you’ loop involving Jane Thompson and Alice Gerving, is now into its third day at the Peterborough Waitrose, with friends and relatives working in shifts to supply the two women with water and snacks.

Thompson’s friend Janet Armstrong said: “Jane popped into Waitrose to pick up some asparagus and a stone baked rustique loaf. Just as a treat for the kids.

“It was all going incredibly well until she found herself approaching the exit at the same time as another woman. The loop began after approximately 20 seconds and here we are three days later.”

Gerving’s friend Hannah Roberts said: “Alice was raised with exceptional manners. Was she expected to just barge ahead of this woman? Or indeed was the other woman supposed to barge ahead of her?

“Is this a Tesco? Is this France?”

Armstrong added: “It is, of course, all incredibly friendly and good natured. I suspect they will be here until mid-September, which is about average in these situations.” 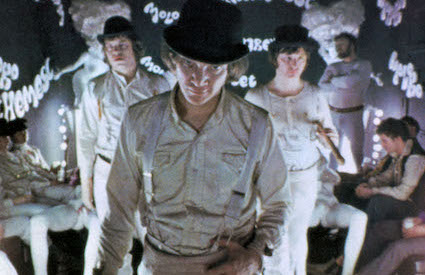 THE official who compared the government’s Brexit plan to a chocolate orange has clarified he actually meant the senseless brutality of the film A Clockwork Orange.

Auditor general Amyas Morse said that the current cabinet are very much like bowler hat-wearing droogs who, intoxicated on the milk-plus of Brexit, head out for a bit of the old ultra-violence.

He added: “When I see David Davis and his team I see men who claim to be cultured and enjoy Beethoven but instead indulge themselves in acts of mindless vandalism.

“One may attempt to cure these people by holding their eyelids open in front an assault of negative imagery, such as pretty much any news story about Brexit, but no cure will take and they’ll continue to destroy innocent lives.

“So basically there is no solution apart from banning them from the public eye for 27 years until they become incredibly dated and boring.”

David Davis said: “Come and get one in the yarbles, uncle!”