A NON-WEIRD driving instructor  has been discovered in the UK.

Excited experts have released details of their find, known as Wayne Hayes, who appears to be a well-adjusted human who just teaches people to drive.

Professor Henry Brubaker of the Institute for Studies said: “Hayes is neither an oddball or an outright creep, which marks a fascinating evolution in the species.

Other unusual characteristics include a lack of anguished back story about how he could have been in the RAF if it was not for his gammy leg, and a total absence of trying to blame his farts on the car’s catalytic converter.

Remarkably, Hayes claims that he took the job because he enjoys teaching people how to drive, rather than relishing the idea of barking orders at petrified teenagers in an enclosed space.

However scientists believe stress-eating Pear Drops all day could quickly erode Haye’s mental  and physical health, turning him into a typical driving instructor within weeks. 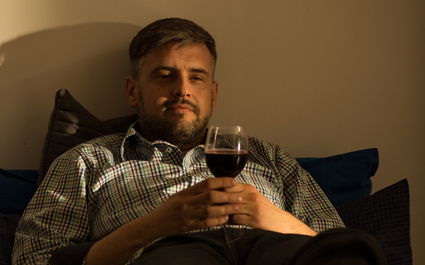 A PROFESSIONAL Northerner’s credibility is in tatters after he was caught drinking wine.

A number of incidents have cast doubt on Yorkshireman Roy Hobbs’s claims that he only eats pies and regards anything cultural as ‘daft’.

Friend Donna Sheridan said: “I popped round unexpectedly to lend Roy a book about pigeon racing and noticed a half-eaten meal of beef bourguignon, some steamed vegetables and a bottle of Argentinian Malbec.

“He made some excuse about Tesco running out of hotpot and Boddingtons, but then I heard classical music on his radio, rather than The Fall or The Macc Lads.”

Hobbs said: “This is all a huge mix-up. I only went on that cookery course to get better at proper Northern grub like tripe in vinegar or a massive plate of mince and onion.”

He now faces disciplinary action from the Association of Professional Northerners and could be stripped of his right to use the word ‘bugger’.