Unemployed to have arses removed

THE unemployed are to be forced ‘off their backsides’ by having their buttocks cut off, it has emerged.

Work and pensions secretary Iain Duncan Smith believes the best way to get the jobless off their sofas is to ensure they have no arses to sit on.

He said: “The old-fashioned notion of ‘rumps for all’ is a luxury we can no longer afford. We need to make severe cuts, to the bone, in order to get ourselves back on our feet.”

Under Duncan Smith’s plans, anyone visiting a Job Centre Plus to sign on will be harangued into a special cupboard fitted with laser bum-scalpels.

The seared-off buttock tissue will be pulped and transformed into ‘government chicken bucket meals’, then sold back to working class families for £1.99 a go in a move that would further bolster the economy.

Company director Roy Hobbs said: “As much as I resent unemployed people’s over-attachment to their posteriors, we must remember that Britain’s economy is largely arse-based, unless we make call centre workers stand up all day at their desks.

“Actually that could work and I’d save a few quid on chairs.”

“Stephen Hester’s hefty arse cheeks could keep a family of six in gravy dinners for a month and he probably wouldn’t even notice they were missing.” 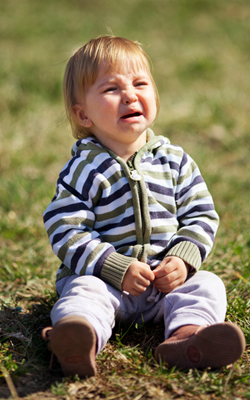 DAVID Cameron has declared the collective misery of the nation after Andrew Murrays defeat to be absolutely delicious.

The laminated prime minister, who devoured a 64-year-old spinster and stole her ticket to ensure he would be at the Wimbledon men’s final, was seen slowly loosening his belt as the afternoon took an unfortunate turn.

One onlooker said: Every time Murray lost a point Cameron grunted and patted his stomach. When Murray lost the first set he belched loudly and wiped his greasy lips with a napkin.

By the time Murray was being forced to cry by Sue Barker, Cameron was leaning back in his seat and said he couldnt possibly eat another mouthful. The buttons on his waistcoat were straining open and you could see the scaly, near-translucent skin underneath.

On his way out I saw him kick a kid into a puddle as a palate cleanser before tipping a steward a tiny amount for his meal.

Aides recently warned the Prime Minister that he has been over-indulging his psychic vampirism, and that if he continues to gorge himself he will seriously damage his digestive system and have to lay off doing anything wilfully upsetting for at least three months.

They have suggested he read The Guardian until he gets his appetite back under control, as he can binge on moaning and unhappiness which has little actual substance.

Backbencher Denys Finch Hatton said: Right now hes like a kid whos been given the keys to the sweet shop, if you can imagine sobbing pensioners and disabled people as bonbons and sherbert dibdabs.