DARK clouds have started to hurl insults as well as rain at the British Isles.

It appears that the clouds, which are responsible for a seemingly endless torrent of rain, possess some malevolent intelligence.

Teacher Stephen Malley said: “I was walking home from work without my umbrella when I heard a booming voice say, ‘Hey, look up!’

“It appeared to be coming from the sky. And when I looked up this cloud said, ‘How you like these apples, motherfucker?’ and fired a blast of rain into my face.

“I angrily shook my fist at the cloud and called it a floating devil, but it simply responded, ‘I’m in the sky, you can’t do shit.””

Professor Henry Brubaker of the Institute for Studies said: “It doesn’t appear that the clouds want anything from us, they’re simply being horrible.”

Big black stratocumulus cloud Tom Logan said: “I can see you, puny humans, rushing into your offices with your coats over your heads. I’ll be waiting for you when it’s time to go home.

Mother-of-two Nikki Hollis said: “The government should invest in cloud-busting machines. They’re like big sonic guns you point at the sky, I saw them in an old Kate Bush video where they seemed to work pretty well.

“They need to do something. There’s a cloud outside my window singing ‘It’s gonna rain forever’ to the tune of Fame.” 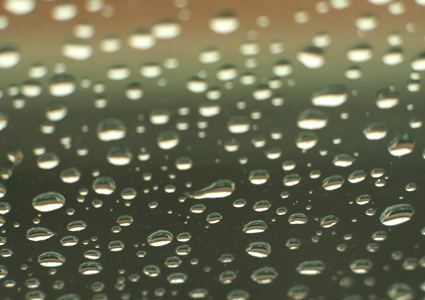 If it’s a summer month in California’s-worth of rain then we’re fine with that, says confused UK population.