YOUNG people with time on their hands can become domestic pets under a government pilot scheme.

Each participant gets a free basket to sleep in, in exchange for which they are expected to guard the home, make appealing facial expressions and run around in circles with their tongue out when their owner returns from work.

Finch Hatton said: “Labrador pups are nearly a grand these days, yet we have all these teenagers sitting around on benefits, many of whom are quite strokable.

“They also have shaggy hair, boundless energy and a love of colourful things, all excellent dog qualities.

“As dogs they learn the merits of automatic obedience and uncritical faith in their masters, qualities which, sadly, nowadays, are somewhat in decline.”

“And they learn how to bark. So many young people tend to mumble.”

Finch Hatton also believes that living on dog food improves the diet of many inner city youngsters, weaning them from chicken nuggets onto meaty jelly-coated chunks.

17-year-old human pet Julian Cook said: “It was a terrible, demeaning experience. In retrospect I’d have made a better cat.

“Sleep 14 hours a day, do nothing useful, treat the people who feed me with utter contempt, be on YouTube a lot, sleep some more.”

The Liberal Democrats said they were all for the idea but said their principal concern was that the issuing of dog-style licences to young people might raise a civil liberties issue.

Liverpool match to be played on Xbox 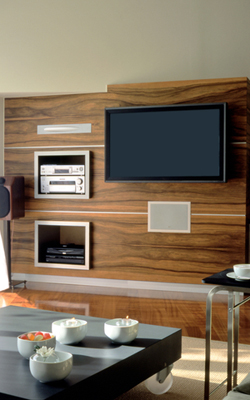 LIVERPOOLS weekend match against Man Utd will be contested on FIFA 12 in a bid to avoid crowd trouble, it has been confirmed.

The game has been moved to Brendan Rodgers house, with the corresponding fixture to be held in Alex Fergusons living room in January next year.

Rodgers has insisted on playing Sundays match on the difficult setting, despite Ferguson lodging a protest that he has a PS3 and isnt used to the Xbox controller.

The players will be sat on either end of the sofa to provide encouragement to the managers during the game, although Evra is an injury doubt after falling off the arm of a training couch yesterday and bruising his coccyx.

The game will be covered on Sky, with Gary Neville playing the match on his PSP in the studio to show where the two teams went wrong and Martin Tyler commentating on his own commentating in the game.

FA spokesman Roy Hobbs said: If this is successful, we could save a lot of time and money by hosting the entire fixture list in peoples houses, although Andre Villas-Boas mum has already indicated she wont have Sam Allardyce effing and jeffing under her roof.

We can beam the game to the screens in the stadiums of both fans so it will actually double ticket revenue for the clubs and stop the turf getting scuffed up all the time.

Within twenty years football clubs will be nothing more than large auditoriums where people pay a fortune to watch their particular teenager bash the x button repeatedly. Welcome to the future.