A FALL in unemployment may be connected to Iain Duncan Smith’s new pie shop in central London.

“And the process of slow-cooking them over a pyre of half-completed Jobseeker’s Allowance forms seems unnecessary, though delicious.”

Duncan Smith said his Fleet Street-based business observed the highest standards of food hygiene, the raw materials being given a ‘very long shower’ before mincing.

He added: “Yes, there were isolated incidents of remote controls being found in pies, but that’s been rectified by a more powerful grinder.” 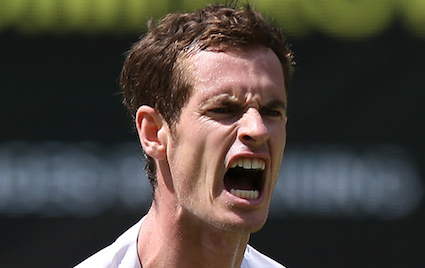 ANDY Murray has backed Scottish independence and offered to pay the country’s state pensions when everything goes to hell.

The Scot, who has not won Wimbledon since 2013, said he was attracted to the ‘Yes’ campaign because they like shouting aggressively whenever something goes wrong.

Murray, who lives near Walton-on-Thames, added: “I make lots of money and I’d be happy to give it all to Scottish pensioners if, for some unknown reason, it doesn’t work out.

“I just have to clear it with my accountant. Let’s do this!”

“He’s really getting into the spirit of it.”