A QUITE frankly unimaginative boy has loudly declared that his favourite dinosaur is a Tyrannosaurus Rex.

8-year-old Wayne Hayes highlighted the rather obvious giant carnivore in his World of Dinosaurs book, to the disappointment of friends and relatives.

Father Brian Hayes said: “I mean, come on. Everyone likes the T Rexes. It’s like saying your favourite colour is blue.

“It just goes to show that he hasn’t genuinely engaged with the field of palaeontology. He’s a feckless dilettante, flicking carelessly through his dinosaur books until he finds the one with the biggest teeth and most menacing eyes.

Other 8-year-old Tom Booker said: “Who’s even into T Rexes these days? They’re rather passe, don’t you think?

“Actually my favourite dinosaur is the Apatosaurus. You’ve probably never even heard of it.”

However Wayne Hayes said: “T Rex goes rar! And bites all the other dinosaurs!”

He added: “You love what you love. I don’t care. The Diplodocus people can fuck off.” 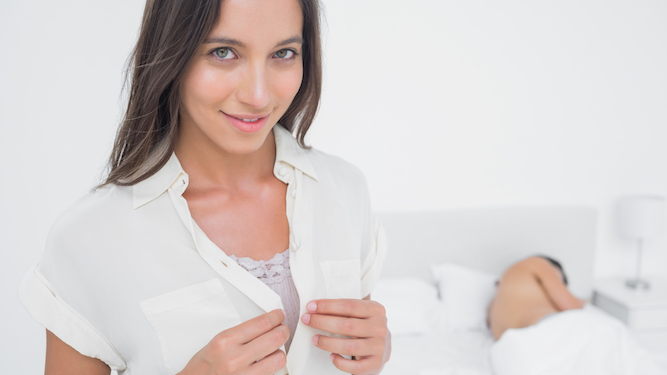 A WOMAN has been left stunned by a one-night stand that was not a complete sexual disaster, she has confessed.

26-year-old Emma Bradford expected her night with plasterer Tom Logan to be as bitterly disappointing as every other one-off sexual encounter she has ever had, but was shocked to find she actually enjoyed it.

She said: “It’s inexplicable. We were smashed and all over each other in the club, I really fancied him so I was up for a bit of crappy sex. You know, the same way you fancy a kebab.

“But his flat didn’t stink, there weren’t any pictures of naked women on the walls and he even had a real, proper bed.

“It’s so strange. Usually I can’t get out of there fast enough, but when he offered me a cup of tea I actually stayed for the chat. I’ve never done the walk of shame without the shame before. Weird.”

She added: “No, of course I didn’t have an orgasm. He’s not Jesus.”