Vince Cable has been reading the papers again

VINCE Cable has predicted another economic crash after reading about it in the newspapers.

In 2008 the so-called ‘Sage of Twickenham’ was one of the first politicians to read newspaper articles warning of a financial crisis and then tell people what he had been reading about.

Julian Cook, chief economist at Donnelly-McPartlin, said: “It is a fool who does not listen to Vince Cable. He has an uncanny gift. It’s almost as if he’s reading the article, remembering what it was about and then repeating it.

“Some say it’s genius while others say it’s voodoo. Personally, I believe him to be the 14th reincarnation of Merlin.”

But Martin Bishop, Vince Cable analyst at Madeley-Finnegan, said: “Because he runs a government department which is essentially pointless he has access to a lot more newspaper reading time than almost anyone in Britain.

“This is a man who really, really knows what’s in the papers.”

A source close to the business secretary said: “He sits in his office, reads a big pile of stuff and then goes into a sort of trance. His eyes wobble, his ears go a bit red, his cheeks puff out and then he makes a very long raspberry sound.

“Then all of a sudden he stands up, waves the Financial Times above his head and shouts, ‘oh no, have you seen this?’.

“It doesn’t get much sagier than that.”

Martin Bishop added: “The more I think about it, I’m not sure the business secretary telling me the economy is about to crash is tremendously helpful.

“It’s like having a plumber who comes to your house, drinks a lot of tea and says ‘if I just sit here all day that pipe is going to burst’.

“Fix it. You monumental arse.” 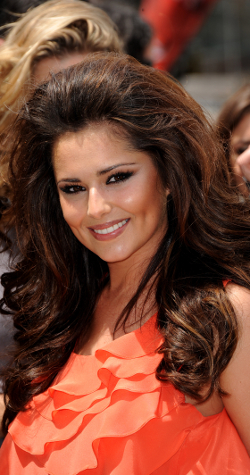 BRITISH culture was dealt a devastating blow last night after Cheryl Cole was sacked by Americans.

The Girls Aloud star has been removed from the US version of the X-Factor with sources claiming she lacked the urbane sophistication demanded by Arkansas creationists who have sexual intercourse with their children’s shotguns.

“But you’d think that for Americans her air of European mystery would make her a modern-day Marlene Dietrich. She scrubs up well, she has an unusual accent and she doesn’t eat processed cheese products with her feet.

“What makes it even more galling us that she’s been replaced by Nicole Scherzinger. I simply do not believe that there is an American alive who can pronounce that surname.”

Stephen Malley, head of commissioning at ITV, added: “Not five days ago thousands of them believed an insane old man who told them the world was going to end because he had a Bible and a calculator.

“How did it get to the point where Cheryl Cole is unable to impress people who get stuck reading a pictures-only version of the Old Testament?

“Then again, if America doesn’t think she’s good enough but Britain does, that makes me a little bit terrified.

“I think I shall upgrade my satnav lest I take a wrong turn, get lost in the middle of a housing estate and some Cheryl Cole fans take my trousers off and tell me to squeal like a pig.”