Dear Holly,
Last weekend I was doing something I shouldn’t with an unknown gentleman in a nightclub toilet when we were unexpectedly interrupted by my sister-in-law. One minute we were dry riding to R-Kelly, the next, the door had flown open and she was standing there, aghast. Unfortunately, by the time I’d peeled my pants off the floor she had gone. The thing is, she’s not said anything to my husband yet, but I very much doubt she’s going to keep it a secret for long because she’s a vindictive cow. Have you got any suggestions for ensuring she keeps schtum, or should I just go ahead and garotte her with her own washing line?
Agatha,
Peterborough

Dear Agatha,
Perhaps, if you happen to get lots of pocket money, you might want to pay for a soup injection, just like that naughty footballer in the news this week. I’m not actually sure what a soup injection is, and what flavour of soup it involves, and if you also get a bread roll, but it seems to make lots of people mad, especially the ones who write in the papers because they’re not allowed to say anything about you, even if you do terribly naughty things. Whatever it is, I’m going to raid my piggy bank and try to scrape together enough to give my teacher, Mrs Bradley, a soup injection before parents evening this week, so she can’t tell my mummy and daddy all about how I poured poster paint into Amelie Parker’s My Little Pony lunch box as retaliation for blunting my silver glitter pen. As far as I’m concerned, my activities outside the classroom are nothing to do with my school work and are my own private business, and Mrs Bradley has no right to broadcast this information to anyone. Not even on Twitter.
Hope that helps!
Holly

Getting angry at traffic jams makes them go away 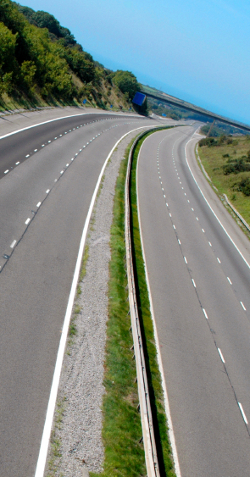 SHOUTING obscenities while punching the dashboard during traffic jams makes them disappear, according to new research.

The Institute for Studies found that long queues of vehicles disperse 209% more quickly if drivers get unbelievably angry.

Dr Julian Cook said: “Exactly how it works is mysterious, but it is clear that foul-mouthed screamy tantrums have a very positive effect on bottlenecks, contraflows and motorway accident-based tailbacks.

“Possibly there is a higher agency controlling the universe that responds to words like ‘fuckers’.”

He added: “Clutch the steering wheel so hard that first your knuckles and then your entire forearms turn a deathly white, then rock back and forth shouting ‘fucking typical’ and ‘shit, fucknut, arsehole, wank-bastard’ until a wiggly vein appears on your forehead.

“Then repeatedly hit the dashboard, breaking the clock or heater in the process.

“For maximum effectiveness tell whoever is in the passenger seat that this is their fault and that you should have left earlier, before muttering under your breath ‘it’s always the same fucking story, isn’t it?’.

“Following this simple process will send out the mental vibrations required to clear the road quickly and everything will be fine again.”

The study also found that 78 per cent of accidents are done deliberately, by people who just want to be annoying.