We just don't think about the weird bits of the Bible, admit Christians

CHRISTIANS avoid doubts about the implausible parts of their faith by simply not thinking about them, they have revealed.

After a survey found many Christians doubted the resurrection, others have revealed they just ignore all the bits of the Bible that involve magic or other made-up things.

Office manager Roy Hobbs said: “If you think dead people can come back to life that’s basically admitting you’re mad, so it’s best to focus on stuff like Jesus riding a donkey and saying be nice to each other.

“If you dwell on Jesus feeding the 5,000 it raises tricky questions, like why didn’t he do it all the time and feed the starving?

“Miracles were clearly meant to impress people, so why not create a 1,000-foot minotaur with a flaming sword? Everyone would worship you and the Romans would have shat themselves.

“I’m sure God prefers me to keep my faith strong by thinking about things like whether to have sausages for tea.”

Pensioner Mary Fisher said: “I try not to think about the bit where Jesus kills a fig tree for being barren because only a weirdo would have a grudge against trees.

“It’s nicer to think of him cuddling a lovely lamb. I’m not sure if he actually does that in the Bible but I’ve got it on a tea towel.”

Couple believe they are totally unlike other couples 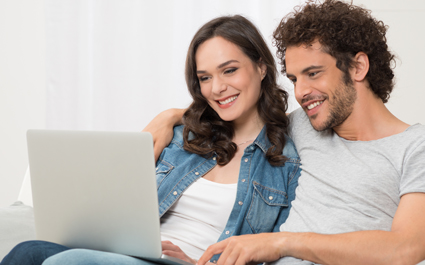 A NEW couple have congratulated themselves on having a totally unique bond that is quite unlike any relationship that has previously existed.

Nikki Hollis and Julian Cook, who met two and a half months ago on a popular dating website, have been delighted to discover that their partnership is in a different league to all others.

Cook said: “We have such incredible trust and communication, it makes me sad for our friends and their messed-up relationships.

“And we have so much fun together – but not in an annoying, inside-joke way, like other people. She does this hilarious voice where…well, you’d have to be there to get it.”

Hollis confirmed that although the pair are already spending an increasing amount of time watching box sets and eating takeaway food, they’re doing it to develop their one-of-a-kind love affair, rather than lazing around and wasting time like other couples.

She added: “We have an amazing sex life and that definitely won’t deteriorate and become a bit routine.”

Friends predict that within a year the pair will either have broken up or begun planning a ‘unique’ wedding involving yurts.