EDL quietly goes back to being a carp fishing syndicate

THE English Defence League has quit campaigning and returned to its roots as a carp fishing syndicate.

Following a demonstration in Birmingham that just resulted in everyone taking the piss out of it, the EDL has rented a depressing man-made lake in a disused quarry and stocked it with tired old carp.

A spokesman said: “We met through the carp fishing scene, back when we were just a group of self-hating men drinking warm beer in fold-up chairs.

“It was fucking miserable and soon we were looking for someone to blame for our shit lives. That’s kind of how the EDL started.

“We thought it would make people think we were hard, to respect and fear us. To be honest though, it’s been an utterly miserable experience.

“So it’s back to the fishing – catch carp, look at carp, put carp back. It’s the best we can hope for.”

He added: “We’re still called the EDL but now it stands for Everyweek Down Lakeside.”

Man with wife and kids has photo of dog as screensaver 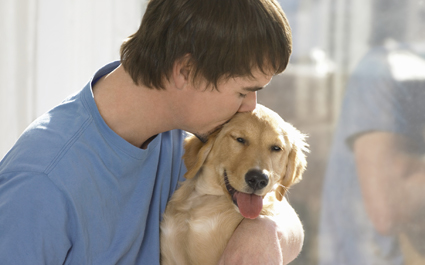 A MAN with a wife and children has chosen a photo of his beloved dog for his phone screensaver.

Stephen Malley momentarily considered having a photo of his spouse and three children on his phone but ultimately decided that seeing his golden retriever, Jimmy, would be more reassuring.

Malley said: “He never moans, he never has homework I have to pretend I can do, and he’s the only one who actually respects me.

“Seeing his mostly expressionless dog face on my phone is a constant source of solace and in the middle of a stressful day at the office, he reminds me why I put myself through it.

“Some people even say he looks a bit like me, which is nice”.

Malley’s wife Liz said: “We all went to Lanzarote last year and I made Stephen take a photo of me and the kids jumping into the air on top of a volcano.

“Steve had it as the screensaver on his laptop for about three days before secretly changing it to a picture of the dog sniffing a pile of leaves.”