Little piggy who stayed at home has benefits stopped

THE little piggy who stayed at home has had his Universal Credit benefits stopped, it has been confirmed.

Piglet Bill McKay had his payments sanctioned after Job Centre Plus staff said he didn’t even make it to the market to look for work.

McKay said: “They said my non-attendance at the market was proof that I wasn’t serious about finding employment. But I am, it’s just that there is very little work going at the minute for juvenile pigs.

“I’m applying for 40 jobs a week so I don’t know what else I can do. I certainly won’t be having roast beef next week, that’s for sure.”

Hayes said: “They want to show that although I’m a big bad wolf, I still have a warm, human side. Just because some pigs get in debt, I don’t take any enjoyment from blowing their houses down.

“Usually I just go round and have a chat with them over a cup of tea. Then I blow their house down.”

Humanity a bit concerned that its leaders are completely insane 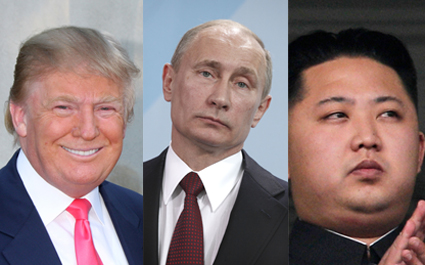 THE human race has expressed concern that everyone in charge appears to be utterly demented.

Following recent headlines, many human beings have been wondering why sane people aren’t in charge.

Homo sapiens Roy Hobbs said: “I feel like, overall, most people aren’t insane but the people in charge are, so maybe we need to look at that.

“If you consider the advances our species has made in things like medicine, art and quantum science, you’d think we could find some quality people to run the show. We need to have a meeting about this otherwise bad stuff could happen.

“I suggest we get rid of these shark-eyed god-emperors and maybe just let Tom Hanks run everything, perhaps with help from some kind old ladies and dolphins.”

Mother-of-two Susan Traherne said: “Trump and Putin are obviously insane, Kim Jong-un is deeply unwell and I’m fairly sure Boris Johnson has some secret perversions we don’t know about to go with his more obvious flaws.

“I think when we’re choosing leaders we should put ‘not insane’ as one of the top criteria, definitely above ‘says threatening things in a funny way’ and ‘cool eyebrows’.”