Woman finds herself in fast walking race with person behind her

A WOMAN found herself trying to walk faster than someone behind her for no good reason, it has emerged.

Emma Bradford, 32, was walking along a quiet, innocuous stretch of pavement in broad daylight when she became dimly aware of someone walking about 20 metres behind her.

Bradford said: “I didn’t feel threatened, except by the social embarrassment of looking back to see if someone might need to overtake me on the pavement.

“Instead I did the sensible thing and speeded up my walking to ensure I stayed ahead of them. I have literally no idea why.

“I could hear him or her catching up with me because their footsteps were a bit quicker. Despite being in no danger whatsoever I matched them pace for pace. The sweat was breaking out and my feet were tired but I knew I could do it.”

Bradford’s strategy paid off when the person behind her broke off the pursuit to go inside their house and relax after work.

She added: “God knows what would have happened if they’d caught up with me. Probably nothing and I just would have had to step to the left a bit to let them pass.” 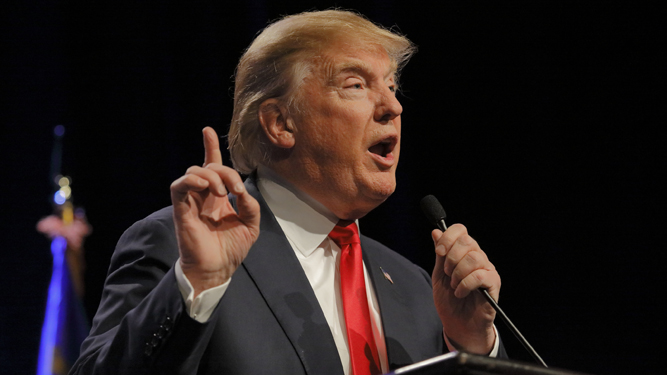 DONALD Trump has denied being this ‘President Trump’ who has apparently done something bad.

The US leader looked exaggeratedly around the White House conference room when his actions at the Helsinki summit were criticised in an apparent attempt to locate the individual under discussion.

Trump said: “Trump? Trump who? Never heard of him.

“I’ll get my people on it, to look for him. Bring him to justice so fast. So much justice.

“Me? John Barron, businessman, operating out of New York City. Which I own. Currently dating Gigi Hadid but you didn’t hear that from me. You can print it, though, okay? Just say ‘anonymous source’.

“Look like him? He must be a good-looking guy, sure. Maybe he didn’t do anything wrong, did you think of that? That’s what I heard.”

The President then left the room and returned moments later, clapping his hands and announcing that he was back and no more questions would be taken.