A WOMAN committed to finding a deeper meaning in life does so in extreme luxury with numerous trips to exotic places, it has emerged.

Investment banker Joanna Kramer only opts for mind-broadening experiences that are expensive and enjoyable, such as doing yoga on an idyllic beach in Thailand.

She said: “Spirituality requires effort. If you want to see the sun rise over a stunning mountain range you’ve got to book a luxury resort and get a four-hour flight to Marrakech.

“Even meditating at home needs the right environment, which I’ve created by building a massive conservatory that’s incredibly relaxing thanks to my Feng Shui consultant.

“The Japanese water features set me back £8,000, but it’s worth it to have a place where I can escape from the money-obsessed rat race.

“My most profound experience was swimming with dolphins in the Azores, and the five-star hotel was a great place to think about my life priorities over fresh seafood and cocktails.”

Kramer’s cleaner Mary Fisher said: “Apparently all this meditation helps re-balance her chakras after the weekly coke sessions with her rich city mates. It also makes me very mindful of how much I want to strangle her.”

Shit be goin' down in Nantwich too 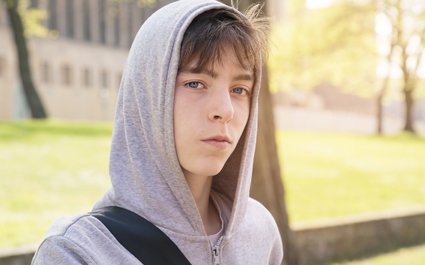 WITH media attention focused on crime in London it’s easy to forget the dangerous gang lifestyle of young people like me on the streets of affluent rural England.

Nantwich may look like a sleepy Cheshire market town, but there is mad gangsta shit going down all the time. For my homiez and me it’s like living in a 50 Cent track, and we should know because we listen to him a lot.

Gangs rule here. Robbo’s crew control the playground by the war memorial. Wander into their endz and retaliation is swift – riding at you quickly on a BMX bike or punching you in the arm and running off.

Drugs are rife. Gav’s older brother gives him enough Moroccan black for a spliff if he really pesters him, and Lee can get skunk from a guy in the sixth form. It really makes you cough.

Getting hold of weapons is no problem. Simon bought a laser pen on the internet and Liam has a catapult which he says can shoot a ball bearing through a car.

The Feds are always tryin’ to pin shit on us. We were hanging by the civic flower display when a cop in a car looked at us as she drove past, but we turned away and put our hoodies up. No ID, no case.

Our only way out of the ghetto is music. We practise rapping in Liam’s bedroom until his mum comes up and tells us to stop that bloody racket or go to someone else’s house for a change. It’s sad to see your own community hating on talent.