A PARTY that sits between the Conservatives and Labour on the political spectrum would be a strange hybrid of the worse parts of both of them, it has been confirmed.

Amid concerns that Labour are all scary Communists and the Tories have been irretrievably hijacked by hardline Brexiteer mentalists, it is believed that a wishy-washy in-between party who are not called the Liberal Democrats could attract many voters.

Professor Henry Brubaker of the Institute for Studies said: “While the extreme end of any party is weird, the alternative is the politically-anaemic centre ground where no one has any strongly-held convictions.

“This means they’re likely all just in it for themselves, but you can’t tell because they look like ordinary people instead of obvious nutters like Jacob Rees-Mogg or John McDonnell.

“One recent attempt has been funded by a group of multi-millionaires who probably don’t give a shit about politics but just want to stop Corbyn redistributing their wealth to the poor or Brexit shafting the economy.

“However, Tony Blair has endorsed the idea of a centrist party and he’s basically the opposite of Midas, in that everything he touches turns to shit, so the idea will probably just sink without a trace.”

Cat goes outside to commit atrocities 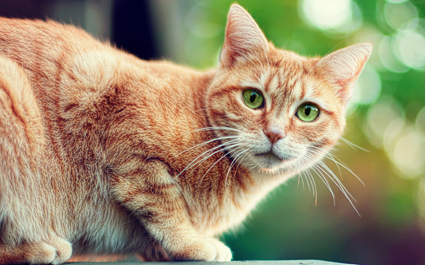 AN ADORABLE cat turns into a sadistic psychopath the second she leaves the house, it has been revealed.

Two-year-old Lemon is highly regarded amongst her human family for her adorable miaow, cartoonish features and penchant for belly rubs. Outside, however, Lemon’s reputation is significantly less glowing.

“I’ve been trying to get my life back on track, but I live in constant fear that she’ll come to finish me off. Last week, she killed a pigeon and then left its head outside my den. I think it was a warning.

“Just when I thought the nightmares had stopped.”

Lemon’s owner Nikki Hollis,said: “She doesn’t mean it, it’s just instinct, isn’t it, precious? Who’s a fearsome hunter? You are. Yes, YOU are.”

Lemon said: “I meant every second of it and I’d do it again.”