LEADERS of the Year Nine rebel insurgency have announced significant gains in its war against a keen new teacher.

Intelligence reports confirmes that trainee teacher Miss Fisher, who has been attempting to empathise with and inspire pupils at St Thomas Secondary in Swansea against their will, spent an hour eating chocolate biscuits and crying in a darkened classroom yesterday.

“She came in here all full of energy and excitement, so giddy it was as if she was high off the whiteboard markers, which we obviously accused her of being.

“Determined to make us learn, her innovative new techniques were no match for our arsenal of guerrilla warfare tactics including pretending we couldn’t hear her, playing dog noises on our phones and blaming everything on an imaginary boy called Connor.”

Hollis added: “Let me be clear, this is simply war. We take no pleasure in it.

“Well, except for when Aaron called her Miss Fishyflaps. That was fucking funny.”

Neutral observers are divided over whether Fisher will leave teaching before Christmas or toughen her up so much that she will be deputy head within five years. 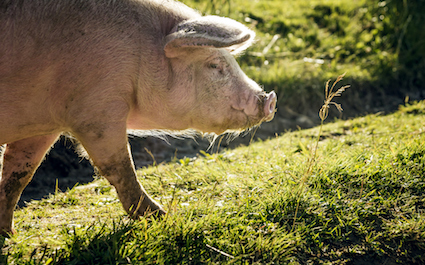 PIGS are disgusted with humans for pretending that vegetarian bacon made of rehydrated soya protein could compare to their delicious flesh.

The scandal was triggered when a pig farm accidentally mixed slices of Quorn deli bacon in with the pigs’ swill, with pigs across the country now threatening a full strike.

“I suppose I get it. I suppose whoever invented this smoky, cardboard parody of actual bacon imagined in their well-meaning way that they were somehow doing pigs a favour.

“Well, the liberals might not like it, but we pigs know how good bacon is. We take great pride in our own flavoursome, tasty succulence.

“We’re intelligent animals. We know the deal. A few years wallowing in the sty then we give up our lives to make the whole world a better, more delectable place. Better that than never to have wallowed at all.

“To offer these strips of tasteless crap as a subsitute is a slap in the face to the whole porcine community. We will only accept a total ban.”

Logan added: “Vegetarians can bite my ass. No, seriously. I demand you try this.”