Your guide to living in fascist Britain

HAVE you ever wondered what it would be like if Britain was an undemocratic, fascist state? Either wait a few months, or prepare early with our tips:

There’s no telling how long Britain will be fascist, so it’s best to go with the flow and prove your loyalty to fascism early. Benefits often include: better food, better career prospects, at least one free shirt. Just try not to do anything too evil in front of witnesses, in case it doesn’t work out.

Authoritarian societies love informers, and most Britons already hate their neighbours with a vengeance so it’s the perfect opportunity to take revenge for minor slights by sending them to a camp. Also it’s only right that Gavin at work finally faces justice for his really annoying laugh.

Fascists tend to blindly worship a leader, but it’s going to be difficult for any of us to start with Johnson. Even the Brexiters would prefer Farage. Practise saying good things about lesser twats – Judge Rinder, Sarah Vine, John Terry – in preparation for the dark hypothetical day when we all shout ‘HAIL BORIS!’

Most things Britain does, whether it’s football, rail services or government, are a bit crap. So if you have to attend a Nuremberg-style rally, don’t worry. It won’t go on long because people will be sloping off early to go to the pub or collect their Tesco shop.

Being part of the resistance looks heroic in war films, but in real life it’s a massive hassle. Ask yourself if you’re even capable of managing a work-life-blowing-up-bridges balance. Once you factor in the risk of torture you’ll find cowardice is the best option.

F**k this sh*t, by Ruth Davidson 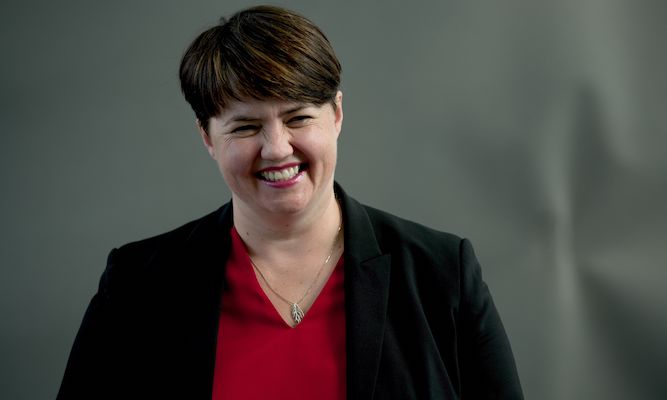 I REGRET that I must resign as leader of the Scottish Conservative party, because: f**k this sh*t.

As leader of the party for the last eight years, I am proud to have taken the Conservatives into their current position as the second-largest party in Holyrood and with 12 MPs in Westminster. But really: f**k this.

On a personal level, as mother of a ten-month-old baby boy, I have over the last year realised what my priorities are in life. Which is to say: b*llocks to the lot of you.

Claims that I am resigning because of the Brexit position taken by Britain’s prime minister, Boris Johnson, are baseless. Though he can honestly get tae f**k.

In truth, my issues with the wider Conservative party have been building for some time, and it is only fair that I take some time to reflect what the f**k is up with those Etonian pr*cks.