FIVE people were killed by a bent cucumber last night just hours after the European Union scrapped its controversial regulations on twisted fruit.

Police believe four of the victims stabbed themselves while trying to slice the cucumber, while one man may have died after a failed attempt to sit on it.

A police spokesman said: "We found four bodies next to the chopping board while the fifth victim was in the living room without his trousers and an expression that seemed to be a mixture of playful curiosity and impending doom.

"This cucumber was clearly so bent that no-one was sure how to even begin cutting it.

"They would have been coming at it from all angles and one by one each of them has managed to stab themselves in the stomach, the eye or in one case, the lower back."

The spokesman added: "The last victim seemed to be engaged in something beyond freakiness and I suspect we're all better off without him."

"My local Waitrose is now selling a butternut squash that is so deformed it may as well be a box of grenades."

Everything To Be Really Cheap But You'll Have No Money Anyway, Say Experts 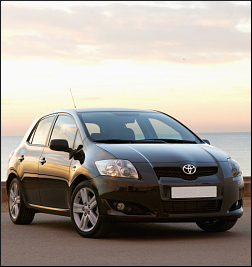 PRICES are to fall dramatically over the next 12 months which will be particularly annoying for you as you will have no money, the Bank of England said last night.

The cost of everyday goods, such as petrol and sofas, will drop to the lowest level since 1827, but it won't really matter because you'll be raking through the bins.

Bank economist Julian Cook said: "It is going to be frustrating standing there in your dirty clothes, looking in all those shop windows with a big, sad expression on your face and thinking, 'that is so cheap, if I had some money I could totally afford it'."

Mr Cook advised workers with low job security to start saving now if they wanted to continue to afford occasional luxuries such as protein.

"Those with moderate job security will be able to buy non-specific meat products but they will have to give all their remaining cash to the son-of-a-bitch credit card companies.

"The only people who can really relax and take advantage of these low, low prices are those who work in recession-proof organisations, such as the Treasury or the Bank of England.

"To be honest, I've never been busier. The work is just piling up. But I do plan to reward myself with a new set of golf clubs and a long weekend at Gleneagles, both of which I expect to be an unbelievably good deal."

Mr Cook added: "Of course, Christmas will be difficult. For you. But if you pop round on the 27th I'll give you the cardboard boxes, You may be able to trade them for sausages."