Call For Increase In Gap-Toothed Inbreds

THE number of babies created from the sperm of a single donor should be increased to boost Britain's quota of gap-toothed inbreds, experts have claimed.

The Institute for Studies said the more babies who have the same father, the more likely it is they will grow-up to have sex with each other, thereby creating a race of dungaree-clad mutants.

Professor Henry Brubaker said: "Think of it. Thousands of jug-eared banjo twangers and chainsaw-wielding halfwits, as well as an endless supply of guests for the Jeremy Kyle Show.

"He could have an entire channel devoted solely to these big-nosed, squirrel-eating swamp-freaks and their intricately complex social lives. I could watch that all day."

The number of sperm donors has dropped since the removal of anonymity for men who accept money in exchange for ejaculating into a beaker.

Meanwhile there is an ever increasing demand from childless couples determined to start their own horrifyingly shallow gene pool.

Professor Brubaker added: "We could set them all free to live in the woods and build their own strange, introverted societies.

"It would certainly make country walks more interesting and would also be a great place for a stag weekend.

"The fun doesn't really begin until the groom has been stripped, violated and told to squeal like a pig."

BBC Presenter Sacked For Not Using A Coaster 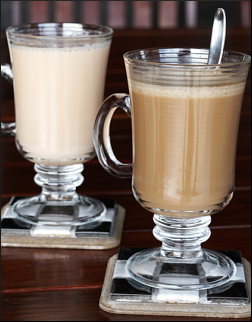 THE BBC has sacked a local radio presenter for not using a coaster in her own home.

Sally Bradford, host of BBC Bath's Hello Bath, was dismissed after placing a mug of hot coffee on a table, leading to an obvious, beige-coloured ring.

Bradford said: "I was in a hurry, the phone was going and I accidentally put the mug on my lovely oak coffee table.

"It was only when I got home that I noticed the damage. I phoned the local furniture repair service and asked them to send a French polisher, but not an actual French one because that would scare the bejesus out of my six year-old.

"I was simply stating a fact. I had damaged my coffee table and my daughter is terrified of Frenchmen."

Unknown to Bradford, the call was recorded by the repair company who then decided to become upset.

A spokeswoman for BBC Bath said: "When we heard the recording we could not believe a respected professional like Sally would have failed to use a coaster on such a nice table and we dismissed her with immediate effect.

"It is not appropriate to use the licence fee to pay people who do not know how to look after things they bought with their own money."

Bradford added: "Come to think of it, maybe my daughter's a little bit racist. Oh well, at least now she won't grow up to resent Frenchmen."