VOLUNTEERS from across Europe are travelling to Ukraine to battle the Russian army. Obviously you’d love to but you can’t, because:

You’re needed on the home front

As a social media manager for customer-facing brands, all of which now have Ukrainian flags on their Twitter handles, you are doing essential war work. To be absent from your post would be a dereliction of duty.

You have a family

Even that Ukranian tennis player was torn between leaving his family and heading to the frontline. It’s finely balanced, and for you the scales juuust tip the other way. Obviously you care nothing for your own safety.

Liz Truss announced that people could and should go to fight, but as ever she doesn’t know what the f**k she’s talking about. There’s no legal route and without a visa you’d just end up getting deported. Otherwise you would.

You’d get in the way

Yes, the Ukrainian nail artists and motor mechanics currently taking up arms against the invader have no direct combat experience, but they’re just naturally hard-bitten. It’s the climate out there. You’d only drag an elite platoon of Ukrainian primary school teachers down.

Like Jeremy Corbyn, you believe all wars should stop. And the place to be calling for diplomacy, negotiation and dialogue is not the battlefield but from 1,200 miles behind the lines.

You’ve always feared that, like Jack Reacher or the Punisher, you’d prove to be so good at combat and such an efficient killer that the war would become your home and you’d never fit into civilian life again. You can’t take that risk.

They deserve to win this on their own

Ukraine is defining itself as a nation with this battle, just as Britain did with the Second World War. Is it really our place to be muscling in and saving the day again? They deserve their own glorious victory. Assuming they win.

Having counted how many countries there are between you and Ukraine – five, six if you go via Belgium – you’ve decided the war won’t get anywhere near the UK. You’ll probably be alright and there’s no sense getting yourself killed. Spineless, but true.

If I can become a multi-millionaire anyone can, says businessman vastly underestimating role of luck 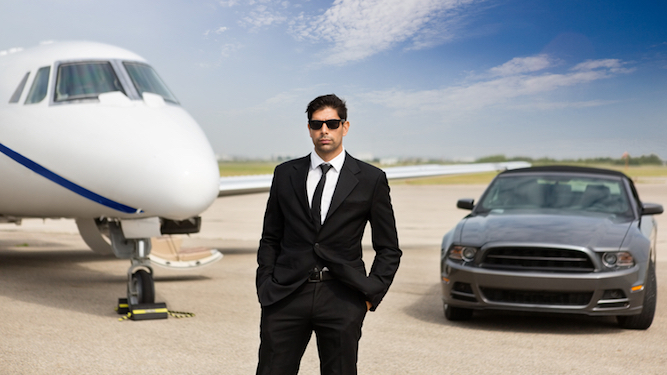 A BUSINESSMAN from a humble background who built a fortune from scratch wrongly believes his example proves that anyone can be rich.

Martin Bishop, 43, started work as a receptionist but thanks to freakish character traits and circumstances managed to grow a successful online retail empire. This, he feels, conclusively proves that poor people want to be poor.

Bishop said: “My story shows that anyone from an underprivileged background can amass a fortune. There’s no way the capitalist system only rewards a tiny, lucky few with large fortunes.

“I started with nothing. Grew up in a council house, mum always had to buy me and my brothers the cheap trainers. Look at me now. If everyone took my highly unusual career path there’d be no more poverty.”

However Bishop failed to add important facts such as going to an excellent comprehensive school, a surprise inheritance of £30,000 from an aunt he used for a start-up, and benefitting from flexible government loans scrapped under austerity.

He also omitted to mention that his company began trading exactly when its niche IT skills were hugely in demand, making it almost impossible to lose money, a situation which has changed permanently now.

He went on: “It’s all a matter of positive thinking. That and the fact that I am a driven, workaholic sociopath who’s prepared to work 20-hour days.”

Bishop has now published a memoir, Go For It!, featuring a photo of himself with arms crossed, as if being a successful entrepreneur were a simple matter of crossing your arms.