AMERICA’S withdrawal from Iraq, which ends nine years of war, will be marked by a special civil war as soon as the last helicopter leaves.

The end of the fragile peace maintained by coalition forces will be marked by spectacular heavy artillery fireworks and synchronised gunfire.

And the US military’s final “flag-lowering” ceremony will be followed by an inaugural “flag-burning ceremony”, during which the flags of various rival factions and political parties will be torched for the benefit of international television crews.

President Barack Obama, who came to office pledging to bring troops home, said on Wednesday that the military was leaving behind a “sovereign, stable and self-reliant Iraq”, displaying the blind refusal to face facts that has made him such a hit with voters.

Some Iraqis were cautiously optimistic, however. Commentator Omar Basil said: “Iraq has a long record of maintaining peaceful stability, provided you ignore the first Gulf war, the Iran-Iraq war, the brutal 35 year regime of Saddam Hussein and its attendant genocide and human rights atrocities, and the two coups that took place in the 1960s.

“That aside, it’s been plain sailing”.

Meanwhile, ordinary Iraqis have been wondering what to do with all the shit that American troops have left behind.

Taxi drover Ali Risn said: “In the areas around the former US bases you can see many heavy rock CDs, packets of Doritos and canisters containing something called ‘Proto Blast Mega Muscle drink’, which apparently helps you ‘get ripped fast’.

“The words ‘blast’ and ‘ripped’ make me think I don’t want to try it.”

Scholars to definitely read Bront&#235; manuscript at some point 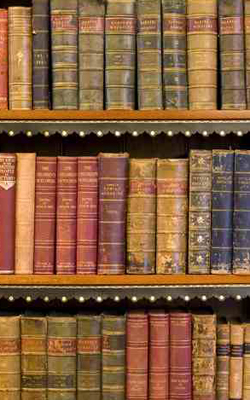 PROFESSORS who paid £700,000 for a rare Charlotte Brontë manuscript have just sort of skimmed through it.

Les Musée des Lettres et Manuscrits paid the six-figure-sum for the book Brontë wrote when she was 14, which features an epic poem about someone called Elizabeth Gaskell and practise signatures of ‘Charlotte Makepeace Thackeray’, but have yet to get round to having a proper look at it.

The manuscript is backed with leftover wallpaper from the Brontës’ kitchen and includes the lyrics from the libretto of The Barber Of Seville next to Rossini’s name written inside a love heart.

Professor Henry Brubaker of the Institute For Studies said “I’ve spoken to my colleague in Paris and he says he’s in the middle of a really good Tom Clancy right now, but the Brontë is sat on top of his pile of unread books.”

“The head of acquisitions at the museum is going on holiday next month and has said he’ll take it with him then, along with a couple of John Grishams and a book about the world’s most dangerous animals. But he will definitely be having a crack at the Brontë book first.

“Or at least dipping into it.”

The Brontë Parsonage Museum were outbid for the manuscript, which they had hoped to prominently display on a shelf near the dinner table so that guests could see it, alongside Jane Austen, The Name of the Rose and various things by Martin Amis.

Professor Brubaker added “As Charlotte writes in Villette – “If one is in possession of an improving book that has enriched minds through the ages, five will get you ten you’ve never opened the fucker” and don’t say that’s not in there because I know for a fact you’ve never read it either.”