A PERFECTLY rational man is planning to build a nuclear fallout shelter.

After reading the news, father-of-two Tom Logan momentarily passed out then began looking at bunkers and radiation suits on the internet.

He said: “I’m not paranoid or a survivalist or anything like that.

“It just seems like a good idea to get in there now because this stuff is going to go be going up in price quicker than secondhand Prince records.”

Logan estimates that £7k should get him a serviceable shelter, capable of withstanding a two megaton blast when Emperor Trump decides the UK is no longer an ally of Trumpmerica.

He added: “You can basically buy the shelter ready-made but then you have to hire a JCB to excavate the garden to a depth of 20 feet, which I imagine will annoy the neighbours.

“But they could come and live with us underground, or at least one of them could because there’s limited space.

“Also I’m going to need to de-clutter the spare room as a store for 8,000 cans of freeze-dried pineapple chunks.” 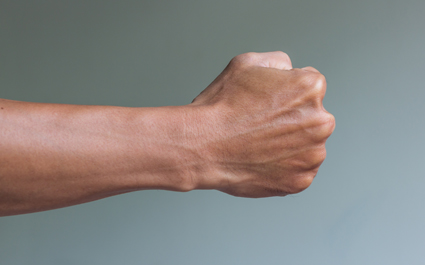 A MAN has been left awkwardly waiting for a response to his offer of a fist bump, it has emerged.

Tom Logan bumped into work colleague Martin Bishop this weekend and after enjoying a pint together Logan left, offering a ‘fist bump’ as a parting gesture.

Logan said: “He looked at me like I’d just taken my knob out.

“Then he said ‘Do you do that do you?’ I didn’t know what to say so I just left my fist there and stared at him.

“Eventually he walked off. I suppose that’s what advertisers call a ‘fist bump moment’.

“It’s more of a lonely feeling than I’d imagined.”