THE Premier League has celebrated Leicester City’s fairytale title win by warning smaller teams not to get any ideas.

The League has greeted Leicester’s 5,000-1 win, which has captivated sports fans around the world, as a wonderful opportunity to promote more established brands like Manchester United.

A spokesman said: “Wow, what an incredible one-off, fluke victory for a club nobody expected to win, with the emphasis very much on one-off and fluke.

“Who knows what could happen next year? Will it be Manchester United, Manchester City, Chelsea, Arsenal, Liverpool, or Spurs, or will we be forced to take legal action?

“Settle down, Swansea City. Calm yourselves, Crystal Palace. The Premier League is not to be won by UK-owned teams who have done nothing to build their fanbase in Eastern markets.

“A reputation as a league where low-spending minnows can consistently triumph means less money for all of us. 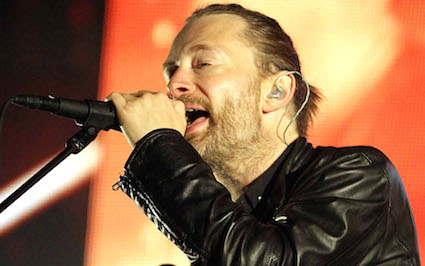 THOM Yorke has confirmed his new album will be the perfect Ibiza soundtrack.

The next Radiohead release, rumoured to be called ‘Booze, Boogie and Banter’, will take the band in a new direction of uplifting Euro house and medleys of their favourite artists such as Roxette and Busted.

Yorke said: “This new one will really get the fans on their feet for a bit of a bop.”

Radiohead have been removing their presence from the internet, except for the bits where you can buy their stuff, and management say their new website, complete with Flash animations, sound effects and cartoon versions of band members, will be launched shortly.

Jedward have already been lined up to support them on their next tour and Yorke has promised that although they will play all the hits, they will be radically reworked to make them ‘more disco-friendly’.

Yorke added: “And it’s ‘Tommy’ Yorke from now on, thanks.”