Birth of first child was rubbish compared to this, says Leicester fan

A LEICESTER City fan has confirmed that the birth of his first child was only a minor mood-lifter compared to last night’s title win.

Steven Malley of Eyres Monsell, a father of three, admitted that he thought the moment his son entered the world was good at the time, but only because he had never experienced anything truly momentous.

He continued: “I mean I’ve had three kids, so by the last one it was getting pretty routine.

“I vividly remember the moment when my first, George, first filled his lungs with air and cried and tears filled my eyes, but I was over it in ten minutes. Not like last night.

“The whole pub erupting in euphoria at Eden Hazard, a bloody Chelsea player for Christ’s sake, scoring in the 83rd minute and well, puts childbirth in its place really.

“There are kids being born all over the world every day, but this is Leicester’s first title in their 132-year history, so just on the numbers it’s inarguable.”

Malley added: “Mind you, I might have another one. Just so I can call it Claudio.”

Tipping bullshit on every level 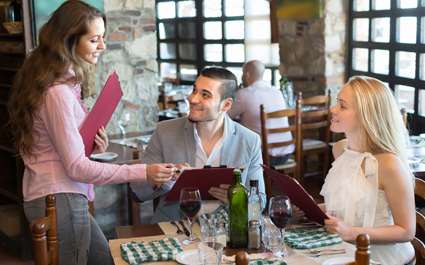 EVERYTHING about tipping in restaurants is idiotic, customers and waiters have agreed.

After restaurant chains were criticised for keeping staff tips, everyone has wondered why you need to pay part of the price of a meal in a way that is guaranteed to be unfair and embarrassing.

Teacher Tom Logan said: “If I buy a laptop from PC World I wouldn’t expect to then pay part of the shop assistant’s salary in cash.

“You have to calculate a fair amount to give the waiter without knowing how much they get paid or if the ‘service charge’ is the tip. Is it something like 30p every time they smile at you, £1.50 for explaining the menu and 10p for walking across the room without falling over?

“Giving a fiver could make you look like a tight bastard or a mug who gives their money away under the slightest pressure.”

Waitress Nikki Hollis said: “It’s hard to judge whether waiters deserve a big tip or not, because there isn’t a metric for how well you’ve carried a plate.

“If the food’s disappointing I probably didn’t tell the chef to make it worse than another restaurant you went to, and I can’t make your date go well because I’m not a wizard.

“I think tips should be replaced with a radical new system of waiters being paid by their bosses to do work.”