Smith said there were at least 200 active New Romantic cells across the country and claimed it was 'highly likely' Britain could fall victim to the sort of musical atrocity not seen since Gold!.

She told the House of Commons: "This government is not in the business of scaring people in a deliberate or cynical way, but once again we face the all-too-real threat of soft-focus videos set on luxury yachts.

"And while community support for Hadley, the Kemps, Le Bon and the Taylors has dissipated, their appalling acts still live-on in the minds of a disparate handful of tone-deaf fanatics."

Smith wants to train 60,000 workers to report evidence of New Romance, meanwhile police yesterday closed down a music shop in Knutsford after it was caught selling synthesisers with shoulder straps and banned copies of the sheet music for Rio.

Security analyst Roy Hobbs added: "The New Romantic Non-Proliferation Pact of 1994 was designed specifically to prevent a recurrence of chest-high bass guitars and men wearing eye-liner and silk sashes round their waists.

"Unless the government acts quickly we're facing Human League, we're facing Visage, and while I don't want to cause an unnecessary panic, we could be facing Ultravox."

David Bowie, often accused of being the originator of New Romance, said: "If I knew then what I know now, I'd have gone straight to my shit drum and bass phase."

There's No More Money, Says Man Who Prints All The Money 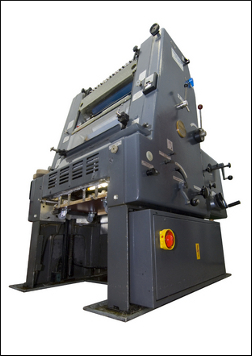 BRITAIN has run out of money, the man who prints it said last night.

Bank of England governor Mervyn King urged everyone to take his word for it and that if they didn't believe him he could show them the big room where he keeps it all.

Mr King's comments have put him on a collision course with prime minister Gordon Brown who last night insisted the Great Money Forest of Hampshire would soon be in bloom, promising a bumper harvest of ripe, crisp tenners.

But Mr King told a committee of MPs yesterday: "If anyone is still inclined to agree with the prime minister's magical Hampshire forest theory, I would advise you to open your wallet, get out a ten pound note and read it.

"You will notice that across the top, in large, capital letters, it says 'Bank of England'. Well, I'm the boss of that.

"And if I can draw your attention to the bottom left hand corner, you will see that it's signed by someone called the 'Chief Cashier'. That's right, you've guessed it, he works for me.

"If you then turn it over you will see there is also a portrait of the eminent scientist Charles Darwin, who, if he was alive today, would undoubtedly agree with my assessment, what with him not being a complete bloody idiot."

Mr King added: "I might be persuaded to print a little bit more money later in the year so that RBS can give Sir Fred Goodwin enough cash to finally buy his own volcano, but that is absolutely it."

A Downing Street spokesman said: "Everyone in the world agrees with the prime minister that we need to keep spending loads more money – except the Conservatives. And the Bank of England. And the CBI. And the French and the Germans and the European Central bank. Look just fuck off, alright?"