THE US Army has mislaid 200,000 Iraqi civilians in the last four years but thinks most of them have probably just gone on holiday for a “bit of a break”.

Official watchdogs at the Government Accountability Office said it had looked everywhere for the Iraqis, who were definitely there before their country was invaded.

However, the official report for the Pentagon says the missing citizens appear to have vanished “in a puff of smoke” after the US Army moved in.

US Army spokesman Major Eugene Irwin said he was confident most of them were still around somewhere and that they would all turn up “sooner or later”.

Major Irwin said: “I do have to admit it’s very odd, whole villages and towns just appear to have emptied of people almost at exactly the same time as our soldiers and airmen turned up.

“We think they’ve all gone on holiday or are staying with relatives but it does seem strange. I mean why would they completely demolish their own houses and reduce their villages to rubble if they were just going out of town for a few days?” 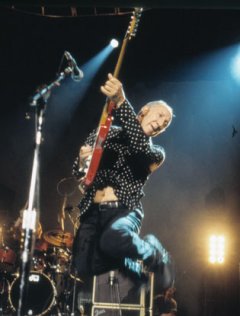 Experts say the star is likely to be forgiven by society because of his involvement in such cutting edge programmes as The Thick of It and People Like Us.

NSPCC spokeswoman Jemima Smyth explained: "The fact remains that he has been in some really great, cool shows.

"Society must ask itself whether his crimes should preclude the continued enjoyment of his high quality comedy programmes, many of which are worth watching over and over on DVD because they work on a number of levels and have lots of hidden gags."

Media analyst Bill McKay added: "By writing such classics as My Generation and Pictures of Lily, Townshend ensured his offences were soon forgotten while the likes of Gary Glitter were treated as the glam-rock scum they are.

"Langham should thank his lucky stars he didn't make his name on Keeping Up Appearances or Are You Being Served?

"If so he may have found himself in the same catgeory as Jonathan King, who, let's be honest, was jailed for Una Paloma Blanca."