Zawahiri to lead the three guys in his living room

AYMAN al-Zawahiri was last night named as the leader of the three guys sitting in his living room that everyone has agreed to call ‘Al Qaeda’.

The man who served for years as number two to Osama Bin Laden in a five man organisation will now have absolute authority over the  trio of mildly bored jihadists who hang around a shitty, half-built safe-house that is definitely not owned by the Pakistani secret service.

According to MI6 sources there is the guy that runs the website, the guy that does the shopping and the guy who gives amazing back rubs and sorts out the Cup-a-Soups.

Intelligence experts said Zawahiri would now rule the world of terror through a tightly controlled network of complete lunatics who do whatever they want but use the term ‘Al Qaeda’ because it scares people and is not exactly trademarked.

Former CIA consultant, Wayne Hayes, said: “At last count there were about 614 Al Qaedas – Watford’s got seven – but crucially Zawahiri is now head of the Al Qaeda inside your brain.”

Mohammed Logan, a jihadist from Uzbekistan, congratulated Zawahiri, but added:”You do know that Al Qaeda is not really a thing in the way that actual things are things, yeah?

“It’s not even a franchise, it’s more of a nebulous concept that everyone is free to interpret differently and describe however they want.

America has described Zawahiri as the ‘mastermind behind 9-11’ after forgetting they had already said that was Khalid Sheikh Mohammed which was why they have spent the last eight years sending a high voltage current screeching through his testicles.

The White House last night acknowledged Zawahiri’s career development before predicting he will soon be shot in the ear by Harrison Ford and then buried in outer space. 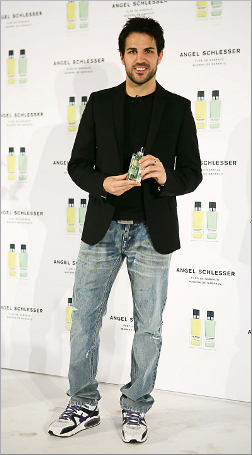 ARSENAL’S Cesc Fabregas is to stage a solo ‘slut-walk’ after Barcelona boss Pep Guardiola accused him of wanton teasery.

As the two men leer at each other from across a crowded European
mainland for the third year in a row, Gunners boss Arsene Wenger was
warned that his captain’s mouth might be saying no but his eyes totally
say yes.

Guardiola said: “He was saying how much he liked my
midfield and was asking to have a go at my free-flowing 4-3-3 system but
as soon as I made a move he went running back to Arsene saying I was
hitting on him.

“He parades around the place practising one-touch
football, showing intelligent off-the-ball movement and being all
Catalan but acts offended if you offer him a bit of Camp Nou.

“Look at those thighs and tell me he’s not gagging for a five-year contract.”

But Fabregas has insisted he is simply a modern footballer who should be
able to enjoy his freedom without being branded a dirty slut.

He will
walk through north London on Satrurday wearing silky shorts and bright red football boots while carrying a placard saying, ‘It’s my hot body
and I do what I want’.

Meanwhile Wenger said Fabregas retains little of the enthusiasm and experimentation he used to show between the goalposts.

The Arsenal manager said: “He’d be up for anything – mazy dribbles, defence-splitting passes, even a bit of ‘helping out at the back’ when he was really in the mood.

“But toward the end of the season he just completed perfunctory five-yard passes with a look in his eyes like he’d rather be somewhere else.”

However, Guardiola insisted: “I’m no team-wrecker and I’m not trying to get between Cesc and his club but yes, given half the chance I’d love to coach the arse off him.”