The anti-establishment operative cleverly duped staff and diners at Scott’s in Mayfair into believing he was simply enjoying a decadent champagne-drenched lunch with friends.

But, it has emerged, he was undertaking a revolutionary mission codenamed Operation Biteback, for which he had been briefed to observe the eating, drinking and conversational habits of the ruling elite as a first step towards the longer-term goal of overthrowing them.

A spokesman for Crow said: “Showing characteristic disregard for his own personal safety, brother Bob entered the viper’s nest at 12.45pm yesterday, knowing full well that if he slipped on a point of etiquette he would be caught and tortured.

“Despite being entirely unaccustomed to the ways of a so-called ‘restaurant’ or indeed the bourgeois concept of food as something other than a utilitarian means of sustaining physical strength, Bob negotiated the menu, successfully ordering bottles of a revolting drink called ‘Morgassi Superiore 2009 Piedmont’ which apparently tastes of workers’ tears.

“Naturally there were various tricks and traps in place to lure the working class spy, for example a dish called ‘sorbett’ which is in fact pronounced ‘sor-bay’.

“Apparently this foodstuff had a delicate yet repugnant wild strawberry flavour, redolent of the type of perfect English summer’s day which in this unjust society only stripey-blazered fops have the freedom to enjoy.”

He added: “After several hours of expert pretence brother Bob left the restaurant and quickly vomited the corrupt culinary delights into a plain builders-type bucket.

“His stomach was dreadfully upset for days before he returned to his normal diet of recycled rain water and thin soup flavoured with coal.” 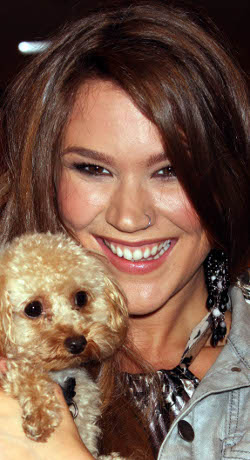 THE alleged plot to kill Joss Stone with a sword is not one of those dreams you keep having, it emerged last night.

As a small red car was charged with being suspicious near a white soul diva, police said you are awake and this is really happening.

Detective Inspector Martin Bishop said: “When I got the first call I had to check that it wasn’t from my old PE teacher and that he wasn’t actually standing in the corner of the room wearing nothing but a pair of wellingtons and angrily fiddling with himself.

“And to make doubly sure, when the arresting officer told me they were going to kill Joss Stone with a big sword and then put her in a bag, I put the phone down and banged my forehead against my desk a few times.”

He added: “Last month we got a call that a giraffe had hijacked a microlight and was planning to drop Fern Britten on Fearne Cotton.

“I spent two weeks on that. It was a tremendous waste of police resources and I should really have been sacked.”

Superintendent Wayne Hayes added: “I was very confused as I do have a habit of watching the sort of crapulent talk shows where Joss Stone is the musical turn while eating a large plate of incredibly ripe camembert.

“But I followed police procedure whenever you get a report of a suspicious car and sure enough it was foreign with narrow headlights that kept darting from side to side.”

Meanwhile tributes are being paid to Will Young after he was beaten unconscious by his own cats and then fired from a cannon, despite several desperate warnings via Twitter that his life was in danger.