A LATE-NIGHT email has given office staff a disturbing hint of what their boss’s personal life is like.

Senior manager Tom Booker, 53, messaged his entire office with a rambling missive that has caused serious concern, particularly the attached selfie which suggests he is not wearing trousers.

Employee Nikki Hollis said: “This was a cry for help, albeit one including a detailed explanation of why we need a new holiday booking system.

“We joke about Tom being a workaholic because he’s sent emails at 9pm before. But it’s less funny when you get a deranged epic at 3.22am implying his wife has left him or he’s got a serious drink problem, or both.

“As Tom puts it: ‘You are best team YES what is life is WHAT do women want??? ENLIGHTEN ME!!! sorry had caps lock on Holiday forms ideally with one month’s notice as of now ploose.’”

However Booker said: “Emailing colleagues while enjoying a few glasses of Scotch and leaving phone messages for my wife is just a multi-tasking thing us high-powered bosses do.

“The selfie was merely a light-hearted comment on how the fast-moving modern business world often leaves you without time to put on trousers.”

Are you enough of a twat to go to university these days? 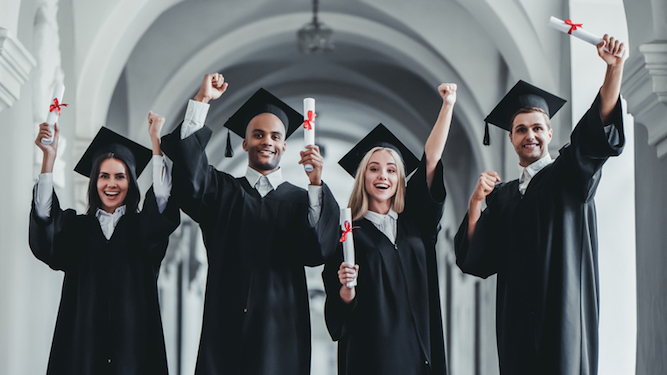 UNIVERSITY is no longer a chilled-out haven of drug experimentation and skiving your way through a philosophy degree. See if you would fit in nowadays.

Are you into misogynistic ‘bantz’?

Deeply unpleasant sexism is weirdly popular at Britain’s universities, so you’ll fit right in if you like intimidating laddish environments with all the intellectual stimulation of Nuts magazine.

Do you enjoy cyberbullying as if you’re still 13?

That this is a problem suggests universities have mistakenly admitted thousands of vile tweenagers. Why not go the whole hog and inform your history lecturer he’s ‘gay’ because he hasn’t got the right trainers?

Are you part of the new generation of right-wing student bellends?

Young Conservatives used to plague campuses with their Thatcher-love and ‘edgy’ demands to hang Nelson Mandela, but there are still plenty of opportunities to be a right-wing pest.

Are you an identity politics obsessive?

University is a great place to have dull, hair-splitting debates about race and gender issues. However be aware that most people don’t give a toss, apart from the Daily Telegraph and Spiked magazine, and they’ve been bonkers for quite some time.

Are you mainly interested in whether there’s a decent gym?

Universities are increasingly customer-focused so it should be easy to find the right one if your intellectual curiosity reaches no further than how many bench presses you can do.

Are you planning to wear a suit like a dick?

Not only unnecessary, but also suggests you see university as just a step toward the treadmill of work. If you were Einstein you’d have done a degree in marketing instead.