A MAN has agreed with the eighth colleague he has held a lengthy conversation about office working with that it is so much more efficient.

Jordan Gardner has so far discussed how effective and collaborative office working is with his line manager, his department head, the managing director’s PA, colleagues on both sides and two people queuing for a toastie in the canteen.

He said: “As Yasmin was saying to me before while she waited for her photocopying to finish, there really is no comparison.

“If I was working from home, by now I wouldn’t have had a single chat with anyone. I’d have been on the sofa working from 8am without even the benefit of a commute.

“I don’t know how the company’s been able to keep going with us all at home, unable to share vital insights while going around asking if anyone wants a Starbucks because they’re popping out. Thank God that’s over.”

Gardner then returned his attention to the short reply email he has been writing ever since first arriving in the office two hours ago.

I pocketed the £350 million a week, Johnson admits 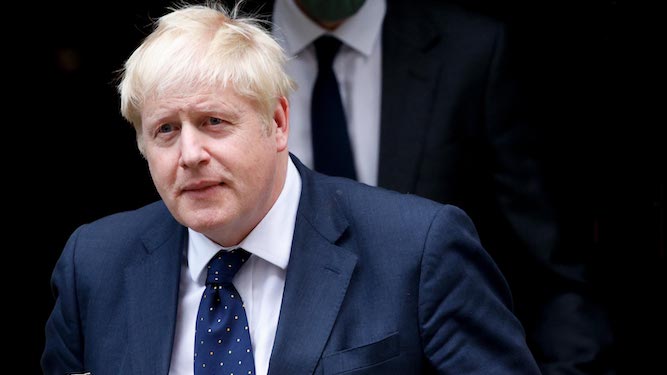 BORIS Johnson has admitted that all of the £350m a week he promised to the NHS when we left the EU has gone straight into his pocket.

The prime minister is raising National Insurance to fund social care because he views the £350 million a week Brexit dividend as his to keep because he worked hardest for it.

He said: “Originally I totally wanted that money to go to the NHS, which I’m a massive fan of. But there’s been a lot of water under the bridge since 2016.

“The NHS is for everyone, even Remainers. Do they deserve this cash? After everything they did? I’m saying definitely not.

“Likewise all those MPs I had to kick out, the Labour party, the Supreme Court, Scotland, those backstabbing pricks Gove and Cummings and the rest. It would be a historic injustice if they were to benefit.

“So I’ve asked Rishi to put that £350 million into a special account, in my name, and after I’ve stepped down I’ll distribute it fairly to those who have earned it. And perhaps keep a little for myself as a reward.”