Lock up these thieving public sector workers, by a brainwashed tabloid reader

WHAT a surprise. Public sector workers are clamouring for more money. I say it’s time to call them what they are – lazy thieving scum, and punish them accordingly.

Even the most bone idle council road sweeper or anti-white diversity officer gets a ‘gold-plated’ pension. I reckon that must be at least £500,000 a year, judging by the outrage of my preferred newspaper of record, the Sun.

Admittedly when I was in hospital recently with gout the staff seemed rushed off their feet, but that was probably a freak day when they weren’t standing around chatting or taking their own drugs.

Luckily the brave journalists at the Sun and Daily Mail aren’t afraid to expose the great public sector scam. It’s time for those responsible to face up to their crimes – with prison sentences and, for the most overpaid parasites, the death penalty.

Sure, firing squads for NHS staff won’t be popular with bleeding heart liberals. But if we only execute, say, one in five, it will act as a deterrent across the whole corrupt organisation. And motivate nurses to bring you more tea and biscuits when you ask, instead of spinning some line about ‘other patients to see’.

Binmen are the worst. Their big lorries lift the bins, so what are we paying for them for? We should put them in labour camps, where they can pay back all the work they avoided by breaking rocks for 23 hours a day until they drop dead.

I don’t mind admitting I’d have joined the public sector gravy train if I’d known about it sooner. But Muggins here got a punishing private sector job for 38 hours a week that only enabled me to afford two holidays a year and a four-bedroom house, not a social worker’s luxury yacht.

Rylan and other celebrities too weird to be real 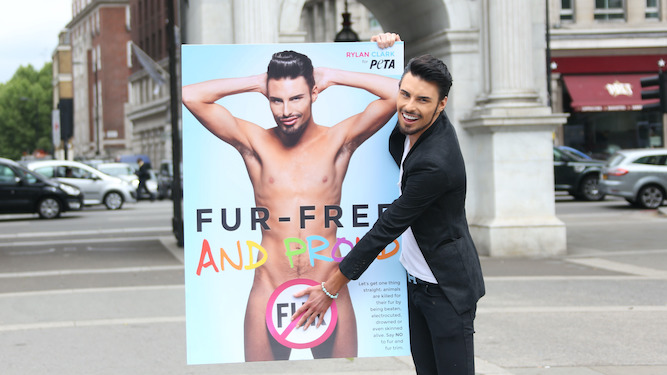 CELEBRITIES are better than you. Some of them are also really f**king weird. Here are five that are surely an elaborate act:

Loveable presenter Rylan is on our screens so much that you’ve got used to his strangely immaculate hair and high visibility teeth. You assume he’s in his fifties and has simply had a lot of work done, then you learn he’s in his early 30s and begin to wonder how that’s possible. Maybe he was made in a factory.

Anybody who makes a candle that smells like their vagina is surely taking the piss. The real Gwyneth Paltrow must be a method actor or performance artist who has to embody the most insufferable twat for a living. The alternative, that she’s a ludicrously wealthy moron, is too grim to contemplate.

High octane choreographer Louis Spence has achieved cult fame thanks to his energetic dancing and in-your-face personality. There’s no way he can keep this up 24/7 though. If you can’t imagine someone kicking back with a takeaway pizza and a Netflix marathon of their favourite series then they’re probably putting up a front.

You know that Cardi B is an American rapper. You also know that she is incredibly talented and made that rude song with Megan Thee Stallion. But when you watch her confound interviewers by making strange noises like that cop from Police Academy, you secretly wonder if she’s a glitch in the Matrix that only you can see.

There are only three certainties in life: death, taxes, and Hollywood actor Paul Rudd’s eternal youth. While everyone else eventually withers and dies, Paul Rudd will remain as fresh-faced as he looked in Clueless, the bastard. There must be an absolutely grotesque portrait of him in an attic somewhere, it’s the only logical explanation for his unnatural looks.